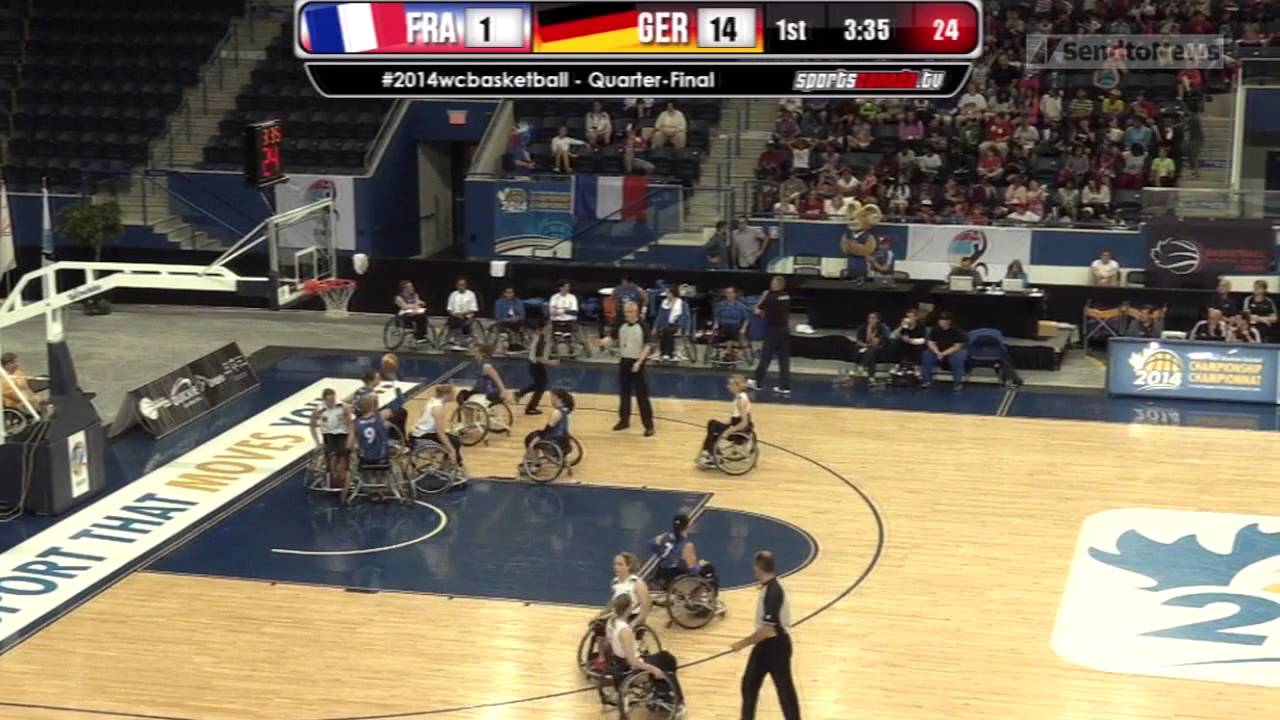 A monster first quarter was the difference on Thursday afternoon at the Mattamy Athletic Centre as Germany defeated France 70-25 to advance to the semifinals of the 2014 Women's World Wheelchair Basketball Championship.
The Germans opened the game on a 23-1 run and that's how the score stood after 10 minutes.

The slow start from France was a surprise to Germany's Marina Mohnen, who had a game-high 18 points on the afternoon.

"We actually, we expected them to be a bit stronger today," Mohnen said. "It was a surprise that we were leading by 20 points after five minutes."

France would start to rally near the end of the first half but still trailed by 29 come recess.

Germany will now face the winner of Great Britain versus the USA in Friday's semifinals while France will play the loser of that game in the classification games also on Friday.

Regardless of the opponent, Mohnen says her team will be ready to play.

"It will be a different game than it was today because both teams are very tough defenders, they play tough defence, they will probably press us and so we have to be ready for tomorrow."