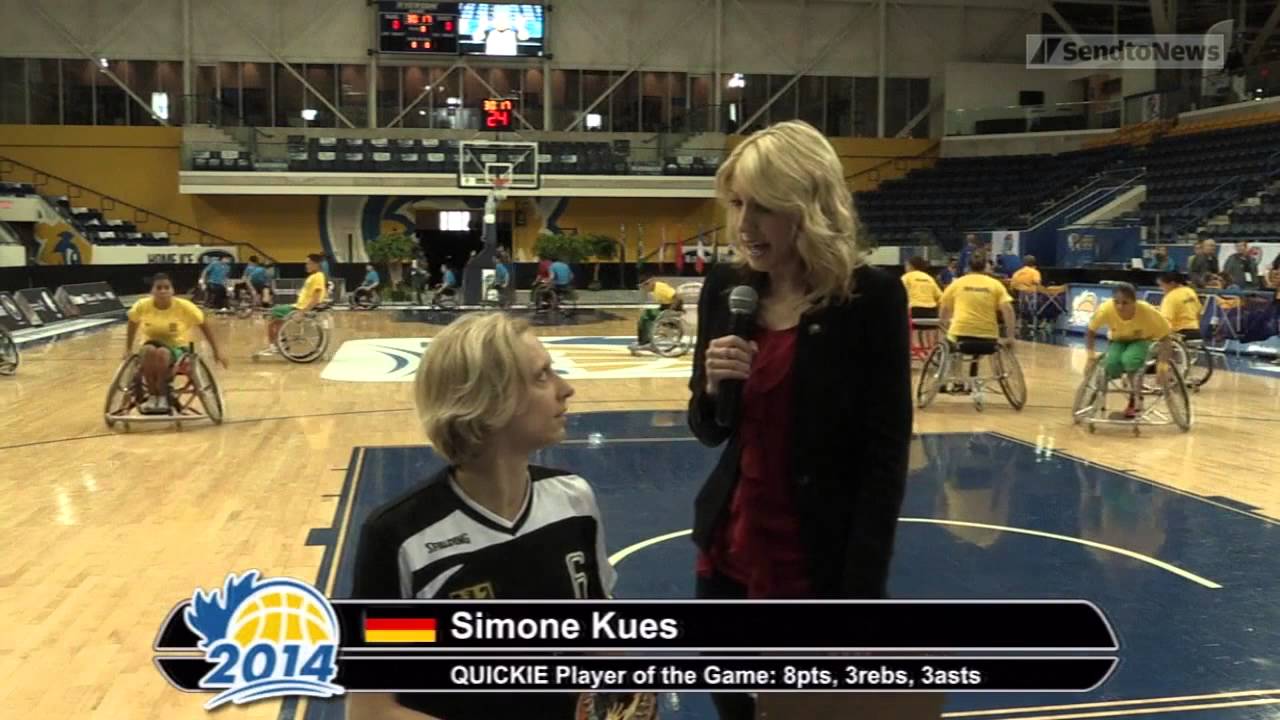 Post game interview after Germany has secured the top spot in Pool B with an 82-49 victory over Japan at the 2014 Women's World Wheelchair Basketball Championship. The Japanese finish preliminary pool play in fifth place.
Team Germany opened with a strong shooting display, making nine of its first 12 shots to lead 19-12 after 10 minutes of play. A close second saw Germany extend its lead to 10 at 36-26. In the first half, the Europeans dominated inside play with 16 points in the paint to Japan's four.

After the break, Team Germany continued to shoot the ball accurately while its defence held the Japanese side in-check, allowing only nine points in the frame. Germany's slick ball movement resulted in 30 assists in the game, while the team made 62 per cent of its field goal attempts.