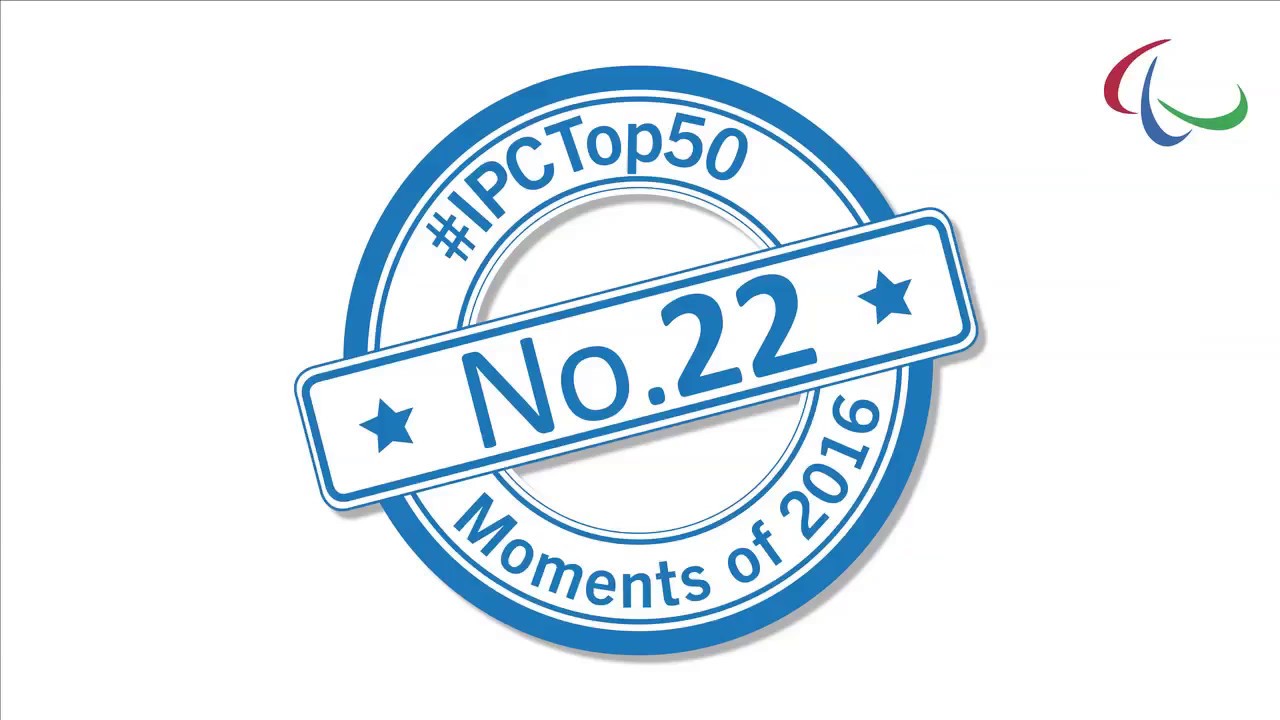 Brazil once again reassured their dominance in football 5-a-side by sealing their fourth consecutive gold medal following a 1-0 win over Iran in Rio 2016’s final to maintain a 100 per cent record at the Paralympic Games. This achievement makes it to No. 22 in the International Paralympic Committee’s Top 50 Moments of 2016. The Rio hosts began their quest for gold with a victory over African champions Morocco 3-1 and followed that up with a win against European champions Turkey 2-0 and a scoreless draw versus Asian champions Iran to finish top of Group A. In the semi-finals, Brazil was down 1-0 to China but came back to win 2-1 with two outstanding goals scored by Jefinho to qualify for the gold-medal match. With their Paralympic title, Brazil extended their astonishing winning streak and remained unbeatable at major tournaments since 2007. “Winning a fourth successive Paralympic gold means Brazil are doing their job properly. Every time we achieve our goals, we have that sense of pride and accomplishment,” said Jefinho. “I did not expect so many people to attend the Paralympic Games in Rio. And they went to watch athletes competing and not people with disabilities. This made me feel very emotional. “There is no invincible team, but we want to win always. We work hard, have dedication and try to improve every day. Besides, the whole team shares common thoughts and objectives, resulting in many achievements.” Despite the defeat in the final, there was plenty to celebrate for the Iranian team as they reached the Paralympic podium for the first time in history. “This was unique for our team, we played with our heart,” said player Behzad Zadaliasghari. “I believe we even had the necessary strength to win the gold medal, but it still feels really good to have sealed silver and I am very happy with that.” Argentina beat China 1-0 on penalties to take the bronze medal, their third Paralympic medal which adds to the silver they won at Athens 2004 and the bronze from Beijing 2008. Argentinian player Coki Padilla explained how important this achievement was for his career and life. “I am 37 years old. I am not going to leave football but football will leave me soon. I know that in a couple of years the coach will not call me. So this was the opportunity in a lifetime,” he said. To find out more about the IPC’s Top 50 Moments of 2016, visit the dedicated page on the IPC’s website. https://www.paralympic.org/top-50-moments-2016