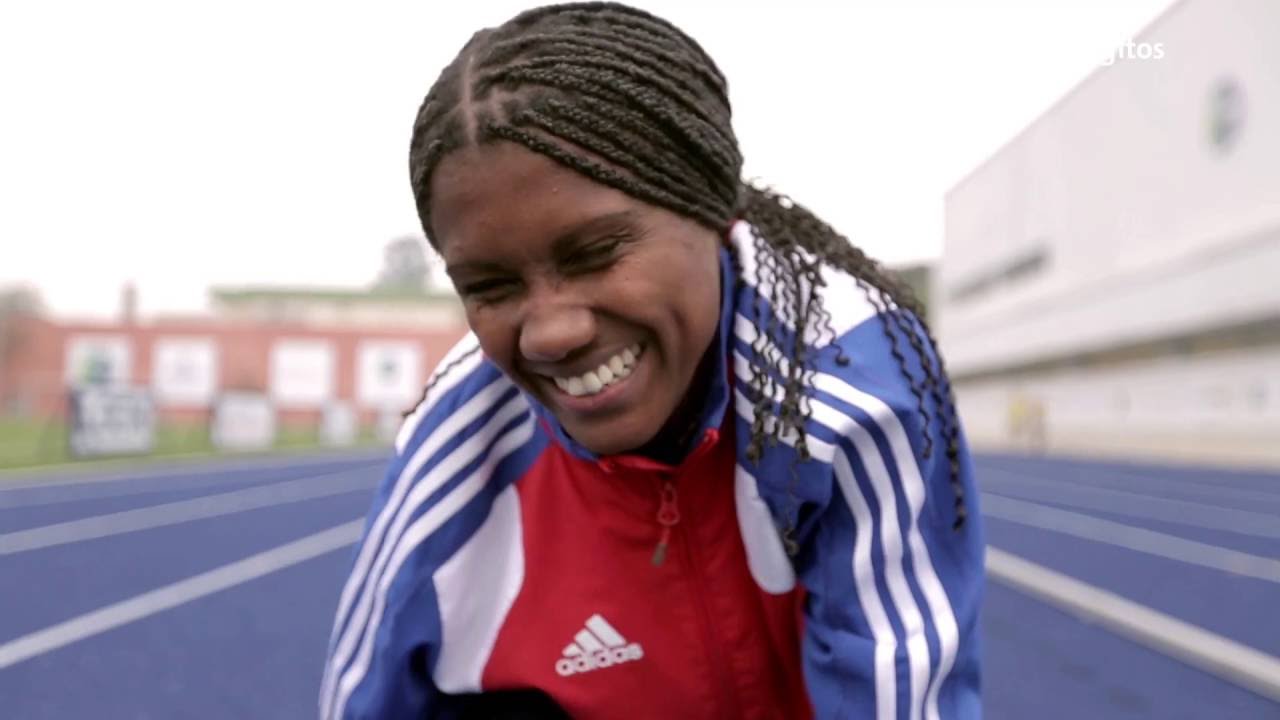 “I was 13 days in intensive care after my accident, more dead than alive.” At 10 years old, Cuba’s Yunidis Castillo was travelling by bus from her home town Santiago to Holguin, Cuba, on a rainy day on her way to a judo competition. But she never made it. The bus slid-off the wet road, throwing Castillo around causing her massive injuries. She managed to crawl through the window, scream for help and was immediately taken to hospital. After several weeks, Castillo had her right arm amputated and had lost the cartilage of her left ear. “It was a huge trauma to see myself in the mirror for the first time,” said Castillo, now a multiple-Paralympic and world athletics champion. “I felt my world had collapsed when I saw all the injuries and scars on my body. I used to be right handed, so whilst I was in hospital, my mum Elena and I spent hours learning how to write with my left hand on a notebook. “Back then, I also realised my judo career was over. I had always been good in athletics, although I never liked it, so I gave it a try. And here I am.” Growing up with an acquired impairment was not easy for the 29-year-old, who sometimes had to deal with her classmates’ intolerance. “Sometimes kids can be cruel,” she said. “That has never discouraged me, though, but has given me extra strength to keep pursuing my dreams. “I have learned to value and accept myself the way I am. Having a disability does not mean you should stop doing what you like. You can still develop your full potential as a person.” Castillo is one of eight athletes from Latin America whose remarkable stories are being told in a series of powerful short road to Rio 2016 films produced by the development arm of the International Paralympic Committee, the Agitos Foundation. Background and family life: In 2015, Castillo took part in a training camp funded by the Agitos Foundation in Sao Paulo, Brazil. “It was very interesting because they explained to the Paralympic athletes, many of whom were very young, that life goes beyond sports and you can still be useful to society once retired,” she said. Over the last 18 months, a total of 155 athletes, coaches and classifiers from 23 countries, including Castillo, have benefitted from expert training provided during the Road to Rio 2016: Agitos Foundation Sessions. Organised in partnership with the Rio 2016 Organising Committee and Brazilian Paralympic Committee, the sessions aimed to improve coaching and Para sport standards as part of the legacy of Latin America’s first Paralympic Games. Castillo has won five Paralympic golds and seven world titles, becoming one of Cuba’s most successful and respected athletes. The Cuban took some useful lessons from the Agitos Foundation Sessions. “People value me for who I am and what I have achieved,” she said. “I want to reclaim the 100m, 200m and 400m T46 Paralympic titles and also win the long jump T45/46/47 event. “This would be my first time competing in the long jump, but after winning silver at last year’s World Championships, I truly believe I can make a splash in Rio. “The Paralympics will be amazing. I have been to Brazil many times and feels like home to me.” Clean, broadcast quality versions of Buenaventura’s videos are available free of charge to all media. Requests should be submitted to [email protected] The Agitos Foundation must be credited for all use of footage. The Agitos Foundation road to Rio 2016 videos will feature at least one athlete per week until the 4 August, to show the compelling stories that exist in Para sport development as part of #TeamAgitos. A final video for each athlete will then be published the week before the Rio 2016 Paralympics begin. Anyone can use #TeamAgitos on social media to show they are part of the team for growing Para sport, whether they are fans, athletes, coaches, part of the Paralympic Movement or a partner organisation. More info: www.agitosfoundation.org. www.facebook.com/AgitosFoundation or on Twitter at www.twitter.com/agitos.