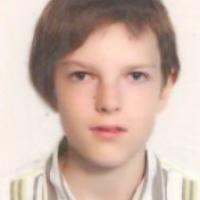 When and where did you begin this sport?
He began the sport at age eight in Kamyanets-Podilskyy, Ukraine.
Why this sport?
He was recruited to a shooting group at school.
Club / Team
Dynamo: Odessa, UKR
Name of coach
Oleg Bliznyukov
Coach from which country?
Ukraine
Coach from what year?
2012
Training Regime
He trains six days per week from five to six hours a day.