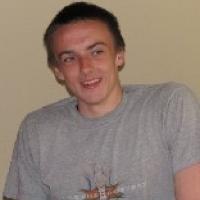 When and where did you begin this sport?
He got into a range of sports, including wheelchair racing, at age 10 after he met with a US Paralympic track coach who also lived in Oregon, United States, where he grew up. After leaving high school he stopped doing basketball and field events to focus solely on track.
Why this sport?
"From the moment I was able to move independently I have loved speed and participating in sports in some capacity, always dreaming, as far back as I can recall, of achieving the pinnacle of my sport - competing in the Paralympic Games."
Club / Team
University of Arizona Wildcats: Tucson, AZ, USA
Name of coach
Derek Brown

Memorable sporting achievement
Competing at the 2012 Paralympic Games in London. (runnerspace.com, 28 Aug 2012)
Injuries
After the 2012 Paralympic Games in London he was affected by illness and a number of injuries which kept him away from the track for over a year and a half. He recovered in time to qualify for the 2014 US Paralympic Track Nationals. (gofundme.com, 11 Jun 2014)
Sporting philosophy / motto
"To give less than your best is to sacrifice the gift."
(zinch.com, 04 Nov 2010)
Awards and honours
In 2008 he was named Oregon Disability Sports Athlete of the Quarter for Spring. (ddouglas.k12.or.us, 20 Mar 2008)
Impairment
He was born with sacral agenesis, also known as caudal regression syndrome. His sacrum, tailbone and last two and a half vertebrae of his spine did not form, so there is no skeletal link between his upper and lower body. (Facebook profile, 15 Aug 2015; azcentral.com, 28 Aug 2012)
Other information
FUNDING
He has struggled to pay for equipment, travel and medical bills since the 2012 Paralympic Games in London, and subsequently setup a Gofundme page in order to receive donations, to help support his athletic career. (gofundme.com, 11 Jun 2014, 18 May 2015)

EARLY DAYS
He admits that when his parents first got him a wheelchair racer he hated it for the first month, but the sport quickly grew on him, and ever since he was a little boy he has wanted to go fast. "My mother's favourite story to tell is how the first day I was in a chair, we went to the grocery store. I was age three, and she turned her back and the next second I was gone. Some random person said, 'Oh, is your little boy the one in the wheelchair?' and I was on the other side of the store. So I've always liked to go fast." (azcentral.com, 24 Aug 2012)