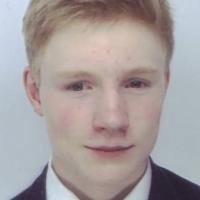 Why this sport?
While in school he would play rugby in the northern hemisphere winter and athletics in the summer, and he eventually chose to focus on athletics. "I did the high jump at lunchtime club and I think the thing that was appealing to me was that rugby was subjective, while in athletics it's black and white. You do a certain distance better than other people. You can also try and beat your personal best. Then I just turned up to the local track. [At the club] we had influences from an older age bracket which definitely drove me because I was like, 'I want to be like them'. So I just copied them. Then I found out I could actually get into Para sport."
Club / Team
Tonbridge Athletic Club: England
Name of coach
Aston Moore [personal], GBR

Hobbies
DJing. (paralympics.org.uk, 20 Aug 2019)
Memorable sporting achievement
Finishing fourth in the T13 long jump at the 2017 World Championships in London, England. (britishathletics.org.uk, 19 Apr 2019)
Sporting philosophy / motto
"People want to go skiing or want to go on holiday or want to go to festivals whereas I can't do that. I've got a job to do and although you may want to be there at the time, nothing will beat the feeling of hopefully becoming like a European, world or Paralympic champion so it's worth the sacrifices." (paralympics.org.uk, 20 Aug 2018)
Famous relatives
His father Micky Skinner has represented England in rugby union. He competed at the World Cup in 1987 and 1991, finishing runner-up in 1991. (telegraph.co.uk, 22 Jul 2017; SportsDeskOnline, 02 Apr 2020)
Ambitions
To win a medal at the 2020 Paralympic Games in Tokyo. (britishathletics.org.uk, 19 Apr 2018)
Impairment
He has ocular albinism, a genetic condition that affects vision. (telegraph.co.uk, 22 Jul 2017)
Other information
SPORT-LIFE BALANCE
In his first year at Loughborough University in England he was placed in the athlete block of student accommodation, which he says did not allow him enough time away from sport. "It didn't work for me. I felt like there was a constant clash of interests among us. But also I felt almost pressured to do what they would see as the right thing. Like I shouldn't have to live in a house where I feel like people would judge me if I eat a bad meal or if I just wanted to go out. I didn't find it as beneficial. And also it's just like you've got no escape from the track. Like you'd come home, someone would be out training, there would be someone talking about their [training] session, or they'd be injured. I feel like I needed something else. I didn't want to come home and hear about track 24/7, and I felt like I was just better off having track mates at the track and then come home to speak to my other mates." (theathleteplace.com, 07 Feb 2021)

CHANGING FOCUS
In 2018 he switched his focus from track events to long jump. He continued to compete in the 100m, but said the change in focus had benefited his performances. "We had a massive adjustment this year [2018]. We've gone from focusing on the track to just having the long jump and the sprint so we've been able to change a lot, that's been able to show in my progression." (ealingtimes.co.uk, 23 Aug 2018)

DJ CAREER
He has worked as a disc jockey at a nightclub in Loughborough, England. He began DJing as a hobby during his first year at university and aspires to establish a business running events at nightclubs. "I'm quite an avid believer in not having all your eggs in one basket. I think there are some athletes who have so much focus and pressure riding on their athletics that when that doesn't go right, they feel that they have lost everything. I feel like having this other passion outside sport is so healthy. It doesn't detract from the sport, but actually makes you better. I don't think people see that sometimes a distraction can be a positive and not a negative. It gave me that same sort of rush as athletics, that same endorphin boost, which just got me hooked on it. I'm not set on it being a career, as if I want to go and be the next massive DJ. But I think I will always have that passion for it and it will be just a case of seeing where it goes. If it doesn't take off, my passion still lies in being a Paralympic champion first." (bbc.co.uk, 05 Nov 2019)