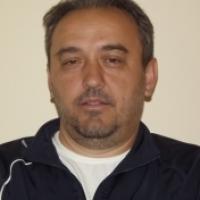 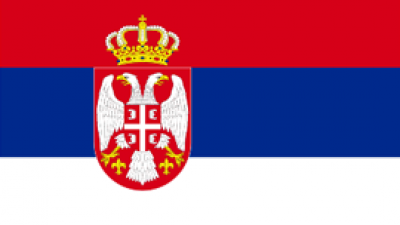 When and where did you begin this sport?
He took up Para athletics in 1997 in Belgrade, Serbia.
Why this sport?
He played football before his accident, then took up Para sport to remain active and as a form of recreation. His talent was noticed by coach Vlastimir Golubovic.
Club / Team
AK Pogledi: Belgrade, SRB
Name of coach
Jovan Dovric, SRB, from 2019

In 2012 he was presented with the Majska Nagrada award, the most prestigious honour given by the Sports Association of Serbia. (b92.net, 26 Aug 2016)
Milestones
He became the first Serbian athlete from any sport to win a gold medal at the Paralympic Games by claiming victory in the F31/32/51 club throw at the 2012 Games in London. (SportsDeskOnline, 07 Aug 2018; paralympic.org, 03 Feb 2014)
Ambitions
To win a gold medal at the 2020 Paralympic Games in Tokyo. (sportklub.rs, 31 Dec 2019)
Impairment
In June 1990 he dived into the River Mlava in Serbia and hit a rock. The injuries he sustained resulted in quadriplegia. (Klub Sampiona YouTube channel, 03 Jun 2017; slobodnaevropa.org, 02 Mar 2013)
Other information
PERSONAL LOSS
He was particularly affected when his teammate and fellow club thrower, Milos Mitic, died at age 30 in September 2018. "He was like a brother to me. We were together at so many events and so often we proudly listened to our anthem on the podium. During every major competition, I'm going to throw having him in my mind and heart. I have another reason to give my best now. Milos will be in my heart and in my every throw." (ZdravljeTV channel on YouTube, 08 Oct 2018)

RETIREMENT AND RETURN
He announced his retirement from the sport following his gold medal in the F51 club throw at the 2017 World Championships in London, England. "If I could choose how I want to end my career, I could not imagine a better way than this." He then decided to return to the sport a few months later. "I wanted to retire, but people persuaded me to continue training to claim more gold medals for Serbia." (novosti.rs, 19 Jul 2017; rtv.rs, 03 Apr 2018; alo.rs, 08 Mar 2018)

FAMILY
He was raised by his grandmother. "She is my angel in heaven who protects me and gives me strength. She was a great fighter and she taught me to fight. I couldn't give her all she deserved when she was alive, but now I dedicate everything I achieve to her." (TV Prva Exploziv, 24 Feb 2017)