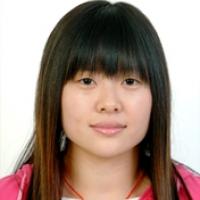 Chinese Cui Zhe, with three Paralympic silvers and two World Championships titles, is rated as one of the world's best powerlifters.

Struck with polio at the tender age of two, Cui grew up strengthening her arms, determined to become an athlete after graduating from junior middle school.

She took up powerlifting in 2003 and two years later, her immense talent and hard work paid off as she was called up to the Chinese national team. She made her international debut at the 2005 Asian Championships.

Since then, Cui has been a dominant force in the sport and has maintained her position as one of the best powerlifters in her category. She was dreaming of gold ahead of her home Paralympics in Beijing 2008, but had to content with silver. In London 2012 and Rio 2016 too she had to settle for silver medals.

Her elusive gold in a major international tournament came in 2017 at the Worlds in Mexico - 14 years after taking up the sport. Cui went on to repeat the performance at the Nur Sultan 2019 World Championships.

She is currently devoting herself to training hard while aiming for her biggest dream: Paralympic gold. An old shoulder-injury sometimes makes her feel uncomfortable, but she thinks there is no obstacle big enough to stop her.

“If everyone can endure training at a certain intensity, then why should you be the champion,” she asks, while strongly believing the best is yet to come.

When and where did you begin this sport?
She began the sport in 2002 at age 16 at the Disabled Persons' Federation of Dingtao in Heze, People's Republic of China.
Why this sport?
She initially played Para badminton but took up powerlifting when her partner switched to the sport and she did not have anyone to play badminton with. She also wanted to increase her strength and win honour for her country.
Club / Team
Shandong Province: China

Nicknames
Powerful Beauty (sdwfh.org.cn, 19 Nov 2010)
Hobbies
Listening to music. (Athlete, 12 Jul 2019)
Memorable sporting achievement
Winning silver in the 40kg category at the 2008 Paralympic Games in Beijing. (Athlete, 12 Jul 2019)
Injuries
She was diagnosed with hyperthyroidism in 2006 and was suffering from the condition when she won a silver medal at the 2008 Paralympic Games in Beijing. She also had a relapse a month before the 2012 Paralympic Games. (mxrb.cn, 01 Sep 2012)
Superstitions / Rituals / Beliefs
She tries to smile during competitions after a coach told her it would help her relax. (cdpf.org.cn, 22 Jan 2017)
Sporting philosophy / motto
"Persistence in pursuing your dreams makes things better." (sdwfh.org.cn, 19 Nov 2010)
Awards and honours
In 2008, 2011, and 2012 she received a Merit Citation Class One from the people's government of Shandong in the People's Republic of China. (zgsc.china.com.cn, 11 Jun 2017)

She was named an Advanced Athlete by the sport administration of Shandong in the People's Republic of China in four consecutive years from 2004 to 2007. (zgsc.china.com.cn, 11 Jun 2017)

In 2003 she received a Merit Citation Class Two from the people's government of Heze in the People's Republic of China. (zgsc.china.com.cn, 11 Jun 2017)
Ambitions
To win gold at the 2020 Paralympic Games in Tokyo. (sd.iqilu.com, 19 Aug 2019)
Impairment
The impairment to her legs is a result of the effects of polio. She contracted the illness at age two. (zgsc.china.com.cn, 11 Jun 2017)