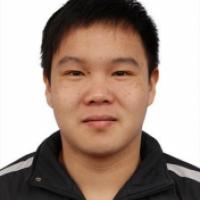 When and where did you begin this sport?
He began swimming at age five in Nanping, People's Republic of China.
Why this sport?
A doctor advised his parents he should learn to swim to avoid muscular atrophy.
Club / Team
Fujian Province : Nanping, CHN
Name of coach
Xu Yang [club, national], CHN

Memorable sporting achievement
Winning gold at the 2014 Asian Para Games in Incheon, Republic of Korea. (fj-sh.com, 15 Sep 2015)
Injuries
He had an operation to treat kidney stones a month before the 2014 Asian Para Games. He recovered in time to compete at the event in Incheon, Republic of Korea. (difang.gmw.cn, 21 Nov 2014)
Awards and honours
He has been presented with the May 1st Labour Medal of Fujian Province in the People's Republic of China. The honour was in recognition of his performance at the 2016 Paralympic Games in Rio de Janeiro. (gov.cn, 18 Oct 016)

He has received a Merit Citation Class One from the Fujian provincial government in the People's Republic of China. (fj.xinhuanet.com, 21 May 2015)
Impairment
He has cerebral palsy as the result of being born prematurely. (weixinnu.com, 29 Jun 2016)
Other information
FURTHER EDUCATION
He has also studied sports psychology at Beijing Sport University in the People's Republic of China. (k.sina.com.cn, 20 May 2018; weixinnu.com, 29 Jun 2016)