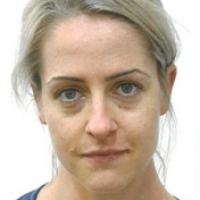 When and where did you begin this sport?
She took up Para athletics following rehabilitation from her 2016 car accident. Prior to her accident she used to be involved in swimming. "I've always enjoyed participating in sports. I wasn't particularly good at any one sport - I just really liked having a go at whatever was on offer. Growing up we lived close to the local swimming pool, which was great because I loved swimming. I was part of our local swim club and swam competitively from 11-14 years of age."
Why this sport?
"[Athletics] gave me a goal as part of my rehabilitation. It's actually helped strengthen and condition me back and helped rewire the brain. So it helped me become a fitter and healthier person again and get as close to what I was pre-injury, which was pretty fit. It has helped me with my emotional and mental strength and helped me get back into everyday living and be in a social, supportive network."
Club / Team
Dubbo Athletics Club: Australia
Name of coach
Mark Penman

Nicknames
Alex (dailyliberal.com.au, 15 Mar 2019)
Sporting philosophy / motto
"I've learnt to use small steps to move forward instead of going for big goals that can set you up to fail. Positive psychology is a major component of recovery - stay positive as much as possible but allow yourself a bad day now and again, and just ride it out and then get back into it the next day." (Australian Triathlete Magazine, 01 Mar 2017)
Ambitions
To compete at the 2020 Paralympic Games in Tokyo. (Australian Triathlete Magazine, 01 Mar 2017)
Impairment
Her impairment is a result of injuries sustained in a car accident in 2016 while returning home from an amateur triathlon she had taken part in. She broke her C1 cervical vertebra, which predominantly impacted the nerves and mobility in her neck and on her right side. "I don't remember anything about the accident or how / when I got to [hospital]. I was told that I most likely hit an animal on the road, which pushed me into a tree. I broke my C1 cervical spine. I had some brain bleeds. These have affected my balance, reflexes, coordination, behaviour and short-term memory. Fatigue is also a real problem - I don't have the stamina I used to have. I need to be careful to pace myself and rest every day." (Functional Restore Facebook Page, 28 Apr 2019; austrimag.com.au, 2017)
Other information
COMPANY
In 2019 she founded Functional Restore, a consulting company that specialises in rehabilitation and patient advocacy for the Australian government's National Disability Insurance Scheme [NDIS]. Prior to her impairment she had worked as a case manager and welfare support worker. (Functional Restore Facebook Page, 28 Apr 2019)

FROM TRIATHLON TO PARA SPORT
In 2015, the year before her accident, she had taken part in her first triathlon in Cobar, NSW, Australia, as part of a general desire to lead a more healthy lifestyle. "I gave it a go and loved it. I enjoyed the competitiveness, but meeting new people and being part of a community who shared a goal of keeping fit was the real motivator for me." After her accident, she said her outlook on sport had changed. "It's taken me a while to get to this point, but I now follow quality instead of quantity in training. I have a lot of limitations because of my permanent disability. But the disability has given me the opportunity to compete with other Para athletes. Before the accident, it was always about beating my times and racing with friends. Now I'm looking at what I can do as a disabled athlete. I'm focusing on the options available to me. My long-term goal now is to compete in the Paralympics." (Australian Triathlete Magazine, 01 Mar 2017)