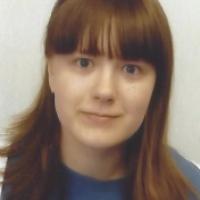 When and where did you begin this sport?
She first tried skiing at age six, and had her first monoski lesson in January 2014.
Why this sport?
She first skied on a family holiday. As her condition deteriorated she almost gave up on the sport, but after finding Disability Snowsport UK on the internet she took up Para skiing.

Hobbies
Knitting. (chillfactore.com, 28 Oct 2016)
Injuries
In July 2018 she required a mitrofanoff, a surgical procedure that creates an opening from the bladder to outside the body. There were a series of complications following the surgery, which led to sepsis and an emergency second operation. She was in intensive care for a short period, and spent a total of three weeks in hospital. She was also forced to stay in bed for about six weeks once she returned home, but she was back on the slopes by December 2018. (ambermeiklejanneyskier.blogspot.com, 16 Dec 2018)

In July 2016 she underwent surgery to straighten her legs and feet by releasing the tendons in her ankles and toes, and bringing her heels down. She returned to competition in November 2016. (ambermeiklejanneyskier.blogspot.co.uk, 24 Dec 2016, 26 Jul 2016; Facebook page, 20 Sep 2016)
Ambitions
To compete at the 2022 Paralympic Winter Games in Beijing. Outside of sport she aspires to study neuroscience. (examiner.co.uk, 19 Aug 2016; chillfactore.com, 28 Oct 2016)
Impairment
In 2012 she was diagnosed with hereditary spastic paraplegia, a progressive neurological illness that affects the muscles in her legs. (examiner.co.uk, 17 Dec 2018, 19 Aug 2016)