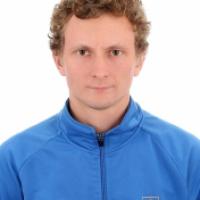 When and where did you begin this sport?
He took up the sport in 2009 in Odessa, Ukraine.
Why this sport?
He was invited to a shooting range and discovered he had a talent for the sport.
Club / Team
Invasport: Odessa, UKR
Name of coach
Oleg Bliznyukov [personal], UKR, from 2011

He has received the title of Honoured Master of Sport in Ukraine. (paralympic.org.ua, 12 Aug 2021)
Ambitions
To win gold at the Paralympic Games. (Athlete, 01 Apr 2019)