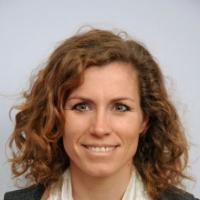 When and where did you begin this sport?
She took up athletics in 2012 with the SuperHabily club in Milan, Italy.
Why this sport?
She thought the sport was dynamic.
Club / Team
Fiamme Azzurre [ITA] / Non Vedenti Milano [ITA]:

She dislocated her shoulder in 2010 during a basketball match. (Athlete, 12 Aug 2014)
Sporting philosophy / motto
"Nothing is unreachable." (Athlete, 12 Aug 2014)
Awards and honours
In December 2017 she was presented with the Collare d'Oro, which is the highest honour from the Italian National Olympic Committee [CONI]. (coni.it, 12 Dec 2017)

In 2016 she received the Ambrogino d'Oro in Milan, Italy. (paralimpici.gazzetta.it, 07 Dec 2016)
Other sports
She won gold at the 2014 Italian Para Dance Sport Championships in Rimini, Italy. She also won six Italian national baseball titles playing for club side Thunder 5 in Milan, Italy. (paralimpici.gazzetta.it, 07 Dec 2016; gsdnonvedentimilano.org, 13 Jul 2014)
Famous relatives
Her partner Emanuele Di Marino competed in athletics [T44 200m and T44 400m] at the 2016 Paralympic Games in Rio de Janeiro. (Facebook page, 19 Feb 2020; SportsDeskOnline, 15 Sep 2016)
Ambitions
To win a medal at the 2020 Paralympic Games in Tokyo. (alleyoop.ilsole24ore.com, 14 Feb 2020)
Impairment
She was born with the vision impairment retinitis pigmentosa. (Facebook page, 19 Feb 2020)
Other information
FROM ALBANIA TO ITALY
She was born in Albania, but moved to Italy in 1998 at age 17. "As a child in Albania I suffered a lot. I was ashamed of being visually impaired. There were no tools, no education, or even a school in which my impairment wouldn't be an issue. I left Albania with this feeling. I arrived in Italy on a rubber dinghy with my father and my brother to join my mother in Milan. Since then a second life began for me." (alleyoop.ilsole24ore.com, 09 Aug 2018; corriere.it, 18 Feb 2014)

PARTNER
She and her partner Emanuele Di Marino refer to themselves as 'La coppia dei sogni' [The dream couple]. The pair both represented Italy in athletics at the 2016 Paralympic Games in Rio de Janeiro. "Together we will pursue our dreams with training, sacrifice, determination, the support of each other even in difficult times, and the fact that we both follow the same dream with the same discipline. In the end we are on the same track." (Facebook page, 19 Jun 2017; storieparalimpiche.altervista.org, 16 Nov 2016)

MATERNITY BREAK
She gave birth to her son Leonardo in September 2018, and returned to training just one month later. "There is one extra reason now to compete and this reason is baby Leo. He is our first fan and an even greater motivation to get better, to stay focused and to fight hard." (paralympic.org, 13 Mar 2019)

OCCUPATION
She works at an insurance company in Italy as a member of an integration programme to increase employment opportunities for people with an impairment. (alleyoop.ilsole24ore.com, 14 Feb 2020, 09 Aug 2018)