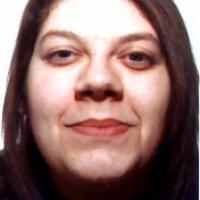 When and where did you begin this sport?
She took up athletics in 1995 while she was at school in Frattamaggiore, Italy. In 2012 she began competing in Para athletics.
Why this sport?
She wanted to participate in the youth school games so she signed up for a number of sports. "Until the youth school games, I was practising volleyball. I was already tall, but in my area, Naples, there were no good teams that could offer me a bright future in the sport. At school I started experimenting with different disciplines of athletics, running, jumping, until they put a weight in my hand and the teachers noticed that I was capable. In a short time I made a lot of progress and found a club in Naples where I could train continuously."
Club / Team
Anthropos Civitanova Marche: Italy
Name of coach
Roberto Minnucci [personal]

She suffered an injury in October 2014 that meant she was unable to train for eight months. She returned to competition in July 2015 at the Grand Prix event in Grosseto, Italy. (grossetosport.org, 13 Jun 2015; Facebook page, 06 Jun 2015)
Sporting philosophy / motto
"The eyes are blind. We have to look with the heart." (Facebook profile, 03 Mar 2020)
Awards and honours
In 2013 she became Commander of the Order of Merit of the Italian Republic. (azzurridigloria.com, 14 May 2020)
Other sports
She competed in able-bodied shot put at the 2008 Olympic Games in Beijing. (SportsDeskOnline, 04 Mar 2020; european-athletics.org, 15 May 2013)
Milestones
She represented Italy at the 2008 Olympic Games in Beijing and the 2012 Paralympic Games in London, making her the first female Italian track and field athlete to compete at both the Paralympic Games and Olympic Games. (abilitychannel.tv, 30 Apr 2013; european-athletics.org, 15 May 2012)
Ambitions
To compete at the 2020 Paralympic Games in Tokyo. (odiarenoneunosport.it, 20 Feb 2020)
Impairment
She was born with congenital glaucoma in both eyes. In 2009 her sight worsened and she lost the vision in her right eye. In November 2011 the retina in her left eye deteriorated and doctors confirmed that her sight could not be saved. "I accepted the situation almost immediately. I said to myself, 'It's happened, but it could have been worse'." (odiarenoneunosport.it, 20 Feb 2020; ilgiornale.it, 25 Jul 2012; european-athletics.org, 15 May 2012)
Other information
MASK
She wears an eye mask while competing, and in 2012 she began wearing one with eyes printed on the front that she named 'Diabolik'. In 2019 she switched to a new mask that has tiger eyes and is named 'Uomo Tigre' [Tiger Man]. The mask was picked by her fans in a poll she launched on social media prior to the 2019 World Championships. "Half-jokingly during practice I said to my colleagues that if I managed to qualify and compete [at the 2012 Paralympic Games] in London, I would have to think of something that distinguished me. The idea of the Diabolik eyes came from two guys who trained with me, Massimo Maruffi and Alessio Giovannini. After wearing Diabolik for a while, I decided to let my fans choose a new mask for the [2019] World Championships, and they chose Uomo Tigre." (odiarenoneunosport.it, 20 Feb 2020; Facebook page, 31 Jul 2019; picenotime.it, 14 Sep 2016; giornale.uici.it, 01 Jan 2012)

OTHER ACTIVITIES
She works as a public speaker at events and in schools, and is a Paralympic Ambassador for the Italian Paralympic Committee. "What interests me most is to make people understand that if I have managed to find a second way, then there is another opportunity for everyone." (comitatoparalimpico.it, 09 Dec 2020; comune.castelfidardo.an.it, 22 Nov 2020)