Blood, Snot and Tears: A celebration of life and disability

'Many years later, I would learn that just as the struggle of black people is not to be white nor that of the LGBT community to be straight, my struggle as a person with a disability should not be to walk, but to live a full life with equal rights and opportunities — as I am' 12 Aug 2020
Imagen 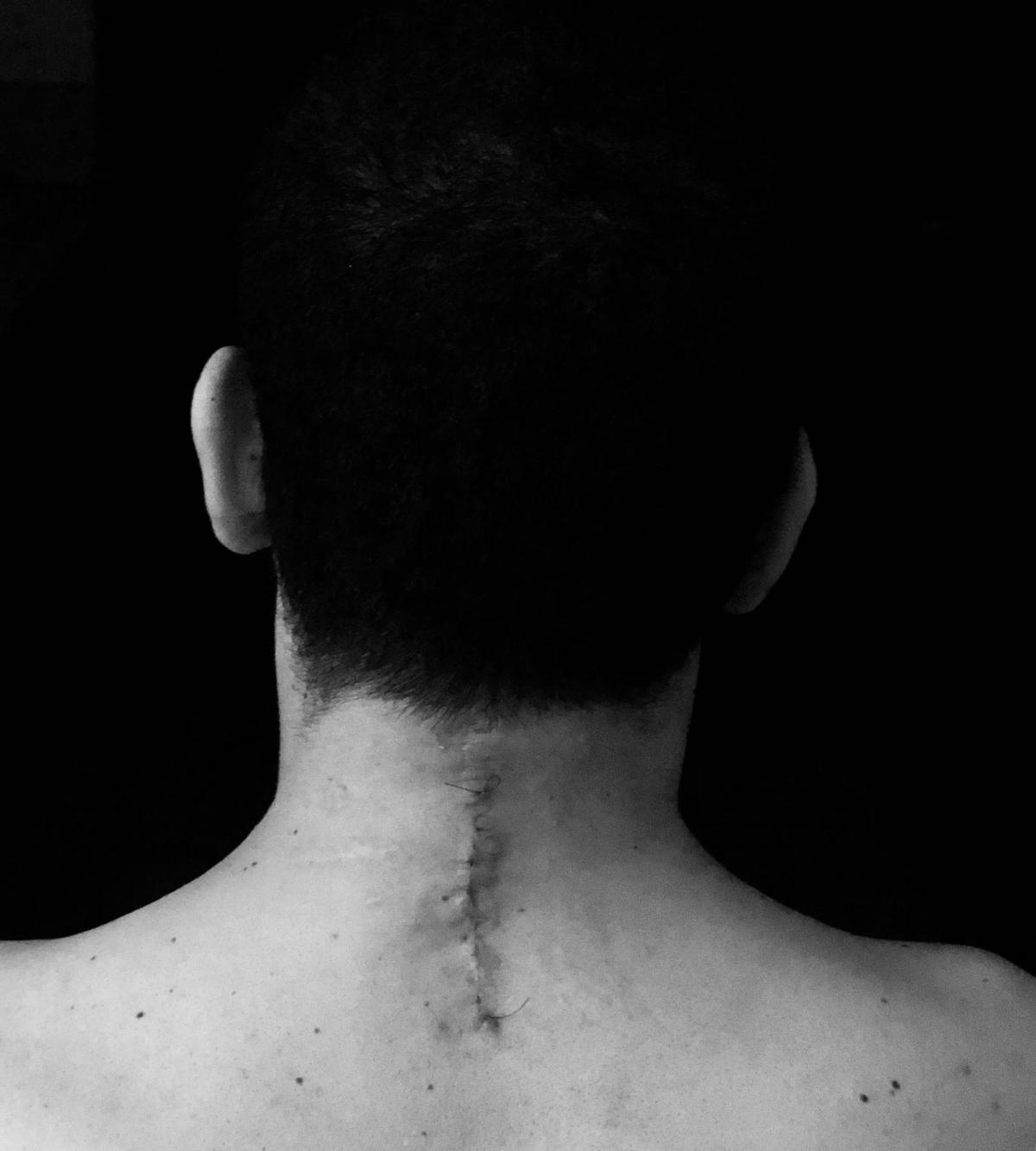 Fourteen years ago, I underwent an experimental stem cell surgery with a protocol invented by Portuguese neurologist, Dr Carlos Lima(1). He performed many of these around the world. The surgery entailed extracting olfactory mucosa stem cells from my nose and implanting them inside my cervical spinal cord (I have a spinal cord injury from diving into shallow water and breaking my neck). The idea was that these specific cells would eventually become neurons, connect axons, fix the spinal cord injury — then I’d be back disco dancing in no time.

It kind of made sense, no one forced me to be a subject, I was an adult and Dr Lima was clear in telling me that the experiment could fail. However, it is also true that I had only been living with a disability for two years and that I had not yet dealt with the pain and hopelessness that come with a catastrophic accident. It was from this place that I made a decision which in retrospect seems like a mistake. Many years later, I would learn that just as the struggle of black people is not to be white nor that of the LGBT community to be straight, my struggle as a person with a disability should not be to walk, but to live a full life with equal rights and  opportunities — as I am. There’s an entire and relatively new UN Convention about this(2). But at that moment, despair won. If only youth knew and old age could.

Well, over a decade later, the famous nose stem cells had turned into a huge, sausage-looking, snot-filled cyst that compressed my spinal cord and almost killed me. The pressure translated into a neuropathic pain in all of my radial nerves that only the sciatic crowd out there could appreciate. Even worse, this massive cyst was growing upstream inside my spinal cord, threatening my ability to breath (from C-7 to C-2, for the connoisseurs). After the MRI revealed this horrific fact, I rushed into a six-hour emergency neurosurgery to drain it, with all the added drama that goes with something like this during the COVID-19 era. Fortunately, I was in the hands of very talented people, everything went well, the pathology of the nasty liquid they extracted turned out to have nothing threatening in it, and today I can be home enjoying  the Bee Gees’ classic Staying Alive, blasted at full volume.

Except for some patients with leukemia and perhaps a few other disorders, the check that stem cells promised a decade ago simply hasn’t cashed in. Dr Lima died of a heart attack and as far as I know, there are no current serious lines of investigation with olfactory mucosa stem cells. The new trend in trying to solve that old problem of dead neurons staying dead, seems to be with technology and the Elon Musks of the world. Godspeed Starman, we’re all rootin’ for ya!

So how miserable is it to live your life knowing that you are the lab rat from the “oops, that didn’t work” cohort? Well, I’ve been a disability rights activist for over 10 years, so I am not about to let my identity be defined in an operating room. I view my life through a complex system of overlapping circles: personal, professional, social, spiritual and cultural dimensions, each with their own subdimensions. Its through this lens that I tell the tale of my scandalous path through this valley of tears. As I see it, it is my job to try to give coherence and meaning to these tales, although I’m aware that time will prove them as irrelevant as anyone else’s. But that’s the game; you play your part and try to put on a good face most of the time.

So, after just over a week of this brutal experience - one in which I lost even more physical ability and have endured immense pain - what is the big take away? How does it fit? What  coherence and meaning  can I muster?

If I follow the textbook conduct of the disability-rights movement, I should be especially careful to not fall into the pathetic stereotypes any good hearted individual may be seduced to fall for after tangoing with death. The victim, the supercrip, the innocent fool or the villain. Judy Heuman, rockstar of the disability rights movement in the US (who, by the way, must be celebrating the 30th anniversary of the ADA right now) wrote a very thorough report(3) about this stereotypical portrayal of persons with disabilities in the media. But do these same rules apply to the way we project ourselves in our real lives? Following this narrative, I’m just an average José that had a health issue that luckily got semi-solved in time and with all the reasonable accommodations required for a disability like mine. Move on, nothing to see here.

But as much as I’ve been a committed soldier that keeps in line with our own holy UN Convention on disability, aren’t I also a human being entitled to feed my vanities? Don’t I also have the right to be stupid? Isn’t there also dignity in choosing to play the hero or victim stereotypes associated with my disability to advance my position in the world just as the next guy uses his wits, looks, money or power to advance his? If my identity shouldn’t be defined in an operating room, should I allow it to be defined in an air-conditioned room at the UN Headquarters in New York?

So, in my victory lap after the surgery, I posted a heroic yet victim-like picture of myself still wearing that sexy, hospital-blue robe they give you. I got a bunch of beautiful, heartfelt and empathetic replies that helped me a lot during this difficult process and also gave me my fix of dopamine. Hey, I even got a few messages from long lost loves! “Its been super tough Chika, but I feel better now, especially after reading your message”, wrote back the sleazebag that still lives within me and that my better self hates to recognise. You know, that sneaky part of yourself that just goes ahead and uses pity to lure innocent people. It’s certainly not ideal, but is it morally wrong? After all, in the grand evolutionary competition, we people with disabilities ain’t nothing but mammals.

What about using the hero stereotype for the same self-serving purposes? Will I betray the movement if I eat from that fruit? After all, it’s also true that I’ve kind of earned it. Not because I have special healing powers like some type of Wolverine without the abs, but because I’ve had no choice but to learn to be brave after going through stuff like this many, many times. Anyone can learn to handle the fear before a surgery and to fast track the resilience after if they do it enough times. Like a high performance athlete of any sport. They train and suffer over and over, but still do it and feel great because they understand the cost. Yes, there’s a lot of vanity, arrogance and self-indulgence in that way of life, but also depth in the awareness of our own mortality and transient path through life. An example is set forth for the rest of the community. The sacrifice acquires meaning: enjoy your life while it’s good and be brave when shit goes south because it will. It’s useful stuff!

The ADA opened an unprecedented path to understand the needs of people with disabilities. Then the UN Convention developed that path into a comprehensive human rights approach. But after 30 years of the first one and over a decade of the second one, maybe we can make that cultural leap to understand persons with disabilities in our entire human capacity. These and other legal frameworks built boundaries and structures so that the humanity within us can thrive with all of its advantages and shortcomings. That makes us good and sometimes disappointing work colleagues, toxic or generous partners, apathic or passionate school teachers, inspiring or insufferable bosses and everything else for the better or worse that we can achieve.

So after surviving this circus without much guilt to weigh me down, maybe there’s only one moral conundrum still to be dealt with: the other crazy buggers around the world that had the surgery and could be naïvely going about their lives without knowing they might have a sausage full of snot, ticking inside their necks. I can only call the very few I still know, so if you’re one of them I implore you to PLEASE GO GET AN MRI soon! Hey, worst case scenario, you will face the knife and if you make it, you will earn another rite of passage, yet again!

Juan Pablo Salazar is Governing Board member of the International Paralympic Committee, former advisor for President Juan Manuel Santos on disabilities and currently works as a consultant for disabilities at the Inter-American Development Bank.

The author’s opinions are personal and do not compromise the organisations he is affiliated with. 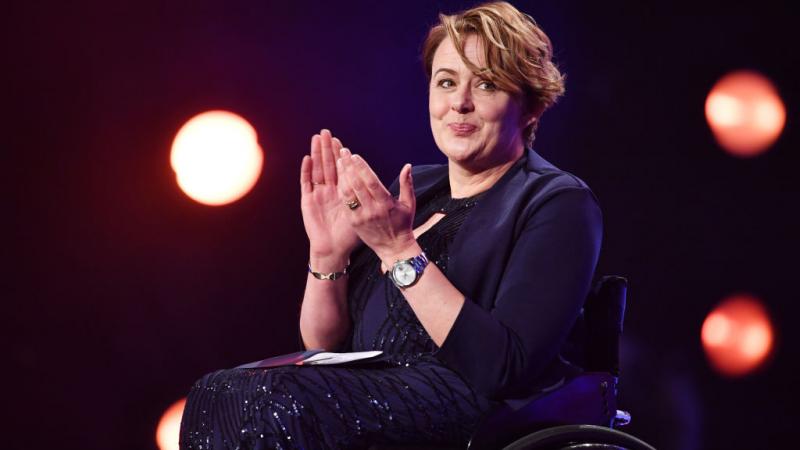 Tanni Grey-Thompson - Inspiring the next generation of Paralympians
Imagen