With just 50 days to go until the London 2012 Paralympic Games, the event is about to become more special than it has ever been before. 10 Jul 2012

I know I am biased, but the plans are really impressive, and will enable everyone around the world to watch live action from many sports by logging onto www.paralympic.org.

The 50 days to go mark almost feels like the place of no return, yet time has passed so quickly since 2005 for us to reach this point.

I remember seven years ago in Singapore watching my good friend and IOC President Jacques Rogge open the envelope and pull out the piece of paper which read London’and thinking "wow!"

The fact that it is nearly here is mouthwatering to say the least.

All the Paralympic Games I have been involved in, going back to my first as a player in 1972, have been special.

However, as a proud Brit I think London is going to be that extra bit special as the Games are heading back to their spiritual home.

Back in 1948 it was Sir Ludwig Guttmann who was responsible for kicking things off, organising the Stoke Mandeville Games featuring 16 injured war veterans on a patch of grass at the back of a hospital.

This time around the responsibility for organizing the Games has fallen upon the shoulders of Seb Coe, Paul Deighton and Chris Holmes, the leaders of LOCOG, who have quite simply done a tremendous job in bringing these Games together. The teamwork ethic developed over the last seven years between the IPC and LOCOG has been excellent and I think this will certainly help come Games time.

The Games of course have grown significantly in size since 1948 – 16 athletes have become 4,200, a handful of spectators is now a paying public of millions, whilst the TV viewers are counted in the billions.

The expectation for the Games has also grown. LOCOG and its’ partners have done a brilliant job in building awareness, and although many still say the Paralympics will be the surprise of London 2012, I think we are heading into them with a far greater expectation than ever before.

These Games could be a landmark for the Paralympic Movement. Who knows, if they are as successful as I hope they are, in 60 years or so my successor as IPC President could be revealing statues of Seb, Paul and Chris, just like the one of Sir Ludwig Guttmann that was unveiled at Stoke Mandeville a few weeks ago.

To mark 50 days to go the IPC has announced its plans to offer the most comprehensive coverage ever of a Paralympic Games.

I know I am biased, but the plans are really impressive, and will enable everyone around the world to watch live action from many sports by logging onto www.paralympic.org.

It is important that those people in territories that do not have live TV pictures are able to see the Games and we believe through offering nearly 600 hours of live action via five online channels we will achieve this. In addition to this, the site will also be uploading thousands of hours of video on demand so, if you miss a live race, you will easily be able to catch up.

Finally, one last word on Oscar Pistorius and his participation in the Olympic and Paralympic Games, a subject the IPC has faced many questions on since last week’s announcement.

Oscar is a great guy, a great athlete and a proud Paralympian. The IPC’s vision is all about inspiring and exciting the world, and by competing in the Olympics and Paralympics I am confident he will achieve this and help change perceptions on a global level about what can be achieved by a person with an impairment.

I wish him the best of luck for the Olympics and cannot wait to see him defend his titles in the Paralympics. His 100m showdown on Thursday 6 September against world champion Jerome Singleton and new world-record holder Jonnie Peacock could be one of the standout races of the Paralympics.

I look forward to seeing you all there. 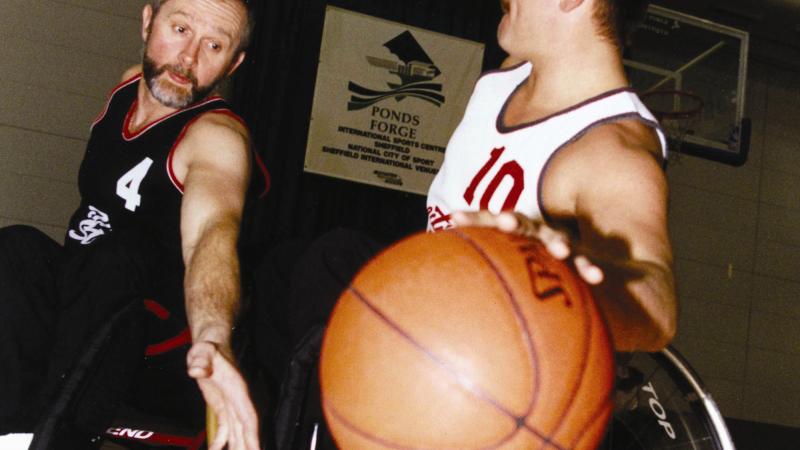