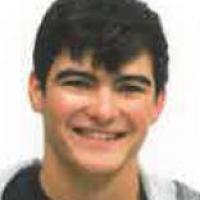 When and where did you begin this sport?
He began swimming just before he lost his right leg in 2015.
Why this sport?
"I continued with the [swim] training as my main form of exercise [after the amputation]."

ACTING PLANS
In April 2019 he graduated from the University of Cape Town with a degree in performing arts. He aspires to perform on the Shakespeare circuit in London, England. "My family told me I always liked attention. There's some truth to that. I love making a fool of myself. I'm a bit of a clown. I don't always have to be someone with one leg." (news.uct.ac.za, 05 Apr 2019)