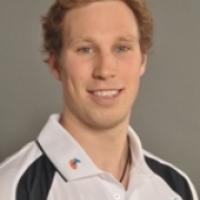 When and where did you begin this sport?
He began skiing in Mount Buller, VIC, Australia.
Why this sport?
He attended a weekend ski camp and his interest grew from there.
Handedness
Right

Hero / Idol
Australian rules football player Gary Ablett Sr. (paralympic.org.au, 2012)
Injuries
He fractured his tibia and sustained a facial injury after falling during a training run the day before the 2014 Paralympic Winter Games in Sochi were due to begin. After several days of consultation with team doctors, he withdrew from all events in Sochi. (insidethegames.biz, 05 Mar 2014; bbc.co.uk, 06 Mar 2014; paralympic.org.au, 09 Mar 2014)

He has sustained ankle and back injuries over the course of his career. (VANOC, 12 Feb 2010)
Awards and honours
He was Australia's flag bearer at the opening ceremony of the 2014 Paralympic Winter Games in Sochi. He had also been flag bearer for Australia at the closing ceremony of the 2010 Games in Vancouver. (paralympic.org.au, 05 Mar 2014; paralympic.org, 06 Mar 2014)

He won the 2004 Young Victorian of the Year Award in Australia. (unimelb.edu.au, 26 Jul 2004)
Impairment
His left leg was amputated at age 14 as a result of bone cancer. (theaustralian.com.au, 16 Mar 2010)
Other information
RETURN FOR SOCHI
In September 2013 he announced his retirement from para-alpine skiing in order to focus on personal commitments. However, in December 2013 he decided to return to the sport with the aim of competing at the 2014 Paralympic Winter Games in Sochi. His comeback had the condition that he would take on a training regime that allowed him to spend more time with his family. Injury meant he was unable to compete at the Games and he retired for a second time once the event had finished. (paralympic.org.au, 03 Jun 2014; standard.net.au, 05 Dec 2013)