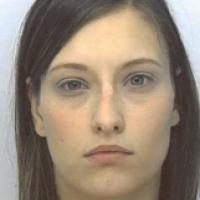 When and where did you begin this sport?
She began wheelchair racing in November 2012 at the Stockport Harriers club in England.
Why this sport?
She researched clubs in her area after being inspired by the 2012 Paralympic Games in London. "The Paralympics came to London and the whole country was swept off their feet by disability sport. I was one of them. I forked out almost GBP1000 to travel down to London to watch the closing ceremony of the Games and left completely in awe of these fantastic athletes, some of whom had cerebral palsy and it made me realise that sport could be for me and that if I worked hard enough I just might be able to achieve an 'impossible' dream."

Memorable sporting achievement
Competing at the 2016 Paralympic Games in Rio de Janeiro. "There were a lot of times when I wanted to give up especially in the beginning when I would stomp off the track thinking 'I can't do this'. Then I'd calm down, have a word with myself and get back to it. Rio was a sign of how far I'd come because you're not going to go and compete on such a world stage with the best in the world if you are not one of the best. I used it as recognition to say, 'Yes, you've got there'." (quaysnews.net, 30 Jan 2018)
Most influential person in career
Her grandmother. (be-braver.com, 10 Aug 2018)
Hero / Idol
British wheelchair racer Hannah Cockcroft. (sportsaid.org.uk, 04 Apr 2014)
Sporting philosophy / motto
"Don’t be afraid to get out there and break down barriers." (independentliving.co.uk, 29 Jan 2015)
Awards and honours
In mid-2015 she fell over and broke her foot while at home. (theguardian.com, 06 Apr 2016)
Impairment
She has cerebral palsy, which affects her lower limbs and coordination. She also has impaired vision and hearing. (theguardian.com, 06 Apr 2016)