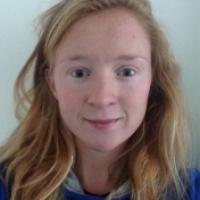 When and where did you begin this sport?
She took up Para snowboard after her amputation in 2014.
Why this sport?
She had skied before her amputation, and wanted to return to the slopes. Coach Simon Nicholson suggested she switch to snowboarding. "I love snowboarding. I love being in the mountains, and the buzz I get from racing is incredible. It's so good to be able push myself every day on snow and to be learning so much. Courses are getting bigger and more technical and the standard is getting higher and higher so it's a really exciting time to be in the sport."

Memorable sporting achievement
Beating Dutch Para snowboarder Bibian Mentel in her first Para snowboard cross event. (edgemag.net, 27 Mar 2016)
Injuries
She required surgery after injuring her wrist during training in Italy in October 2017. (Instagram profile, 18 Oct 2017)
Sporting philosophy / motto
"I've made some of my closest friends through sport - you are in an environment surrounded by like-minded people with similar goals. I think this is even more true in Para sport than able-bodied because you are standing on the start line alongside people that have all been through something life-changing or have faced huge amounts of adversity in their life. But in that moment, none of that matters. It's incredibly inspiring being involved in Para sport, seeing how others overcome challenges." (legs4africa.org, 04 Aug 2017; newsshopper.co.uk, 24 Mar 2016)
Other sports
She has competed in Para snowboard and Para triathlon at international level. (paralympics.ie, 17 Aug 2018; triathlon.org, 16 Jun 2017)
Ambitions
To compete in Para triathlon at the 2020 Paralympic Games in Tokyo. (skiinluxury.com. 15 Nov 2016; Instagram profile, 22 Oct 2016; Facebook page, 10 Sep 2017)
Impairment
She was born with club feet, and at age 18 she broke her right foot. After eight operations she decided to have the leg amputated below the knee in October 2014. "The only chance I had of walking or not being on painkillers for the rest of my life was to have my foot amputated. It was a really easy decision, a chance I had to take." (makeachamp.com, 01 Oct 2016; newsshopper.co.uk, 24 Mar 2016; edgemag.net, 27 Mar 2014)
Other information
REPRESENTING IRELAND
She switched nationality from Great Britain to represent Ireland in 2018. (paralympics.ie, 17 Aug 2018; skysports.com, 16 May 2018; bbc.com, 02 Mar 2018)

PERSONAL STRUGGLES
She was a victim of sexual assault in 2013, and in 2017 was diagnosed with post-traumatic stress disorder [PTSD]. She was initially overlooked for selection for the 2018 Paralympic Winter Games in Pyeongchang, but won an appeal via Sport Resolutions in late February that year. However, in early March the British Paralympic Association withdrew her nomination to compete in Pyeongchang, citing accreditation timing issues for an approved medical professional that was required to travel with her to the Games. She says that her involvement in triathlon since then has helped her manage the challenges she has faced. "What I've done with British Triathlon shows that my mental health, what's happened to me, isn't any kind of barrier to me thriving in that environment. It has been the most empowering thing I've done since losing my leg, since being attacked [in 2013], and it's really helped me rebuild my life. It's given me confidence back and it's allowed me to be me." (bbc.co.uk, 25 Jan 2018, 02 Mar 2018; telegraph.co.uk, 25 Jan 2018)

STOLEN BIKE
Her triathlon race bicycle was stolen in April 2017, two months before the European championships. A successful crowdfunding campaign helped her to purchase a new bike. (crowdfunder.co.uk, 28 Apr 2017)