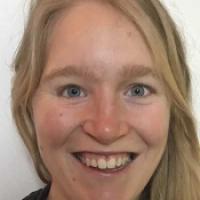 When and where did you begin this sport?
She first learned to ski in the winter of 2014/15 while at university in Massachusetts, United States of America. She interned with the National Sports Center for the Disabled in Colorado, and taught skiing to Para athletes, including those with Down syndrome, spinal-cord injuries and visual impairment. "I learned to ski that winter too." She later tried Para skiing for the first time six months after her accident. "I am a pretty stubborn person. My mum was having a heart attack, and the doctor told me not to do it."
Why this sport?
In late 2018 she returned to the National Sports Center for the Disabled as a visually impaired skier. She said she hoped skiing would help her vision improve. "I thought the immersive therapy would make everything click. My eyesight did not get better, but I learned how to cope and function better because of it. I gained confidence in what I can do, how to use my body to navigate and judge distances."
Club / Team
National Sports Center for the Disabled: Winter Park, CO, USA

Most influential person in career
Her mother, who is a nurse, and took care of her at home during her recovery. (portal.ct.gov, 01 Mar 2019)
Sporting philosophy / motto
"The Wilderness School motto is, 'Learn to believe in yourself'. I am on a parallel journey to believe and still am. I don't want this to be about skiing or me. What happened is a platform for something bigger. I have to figure that out still. I am on a journey and now I have to take it forward in a positive manner." (portal.ct.gov, 01 Mar 2019)
Ambitions
To compete at the 2022 Paralympic Winter Games in Beijing. (patch.com, 14 Nov 2019)
Impairment
In 2017 while climbing Middle Teton mountain in Wyoming, United States of America, she sustained severe injuries after she was caught in a rockslide, including a broken neck, multiple broken facial bones including shattered eye orbits, internal organ damage, severe skin damage to her hands and arms, as well as a frontal lobe [brain] injury and two mini-strokes. As a result of her injuries she has double vision, lacks peripheral vision beyond a narrow range in front of her and cannot see well in dim light. (portal.ct.gov, 01 Mar 2019)
Other information
EARLY DAYS AND ACCIDENT
She grew up in Meriden, CT, in an outdoors family. "My mum was always taking us on some kind of hike." After finishing high school she attended Springfield College on a football scholarship, but soon gave up the sport to focus on being president of the university's outdoors club. Prior to graduating with a degree in rehabilitative therapy, she worked summers in a backpacking programme for chronically ill youth as part of the Paul Newman Foundation. She also taught skiing to people with impairments at the National Sports Center for the Disabled [NSCD] in Colorado, and served as an expedition instructor at the Wilderness School in Connecticut where she was responsible for behavioral management and youth support. "Recreational therapy includes clinical work. It involves any activity that leads to processing or that can have more meaning." Her brother Will was a park ranger in Grand Teton National Park in Wyoming, and she was hiking with him and a friend in 2017 when the rockslide occurred that led to her impairment. "I looked up and the entire rock face started to crumble. I dove behind a much larger rock, huddled behind it and put my hands over my head as rocks toppled over me." She was airlifted off the boulder field, and spend eight days in intensive care. Because her mother is a nurse, she was able to leave hospital early and after eight months of recovery, she returned to the Wilderness School on a limited schedule, working for the enrolment team. In 2018/19 she learned to Para ski at the NSCD where she had once served as an instructor. "I became one of the clients I was serving." (portal.ct.gov, 01 Mar 2019)