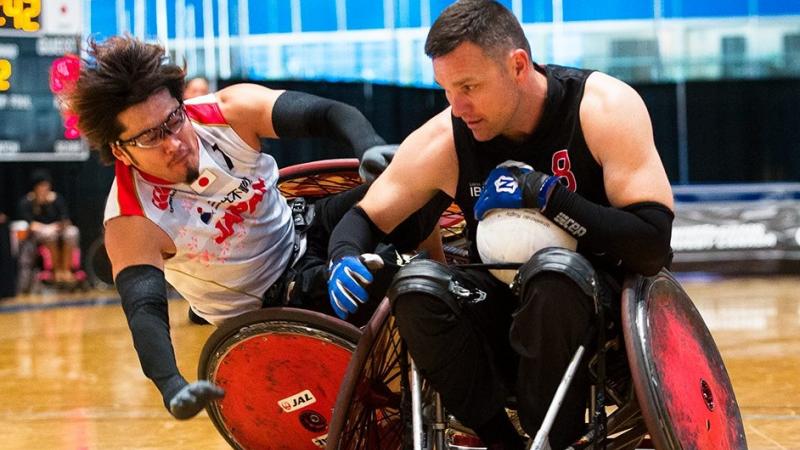 Having turned 41 in 2019, Daisuke Ikezaki is not letting age slow him down.

The veteran was named Most Valuable Player after making history at the 2018 World Championship. Japan won their first major gold medal in the sport by upsetting home favourites Australia in the final.

Ikezaki is one of the focal points on the Japanese wheelchair rugby team, a side that won its first Paralympic medal in the sport with bronze at Rio 2016. He and fellow 3.0-player Yukinobu Ike have formed one of the most dangerous combinations in the sport, which they will continue to build on heading into the Tokyo 2020 Paralympics Games.

What most people might not be aware of is the fact Ikezaki switched from wheelchair basketball to wheelchair rugby in 2010 and became an instant star.

He is classified as a 3.0 player, which gives him the responsibility of being the primary ball carrier, as well as scoring and setting up plays. Defensive transition is also one of Ikezaki’s main strengths.

Japan finished fourth at the 2014 World Championships in Odense, Denmark, missing out on bronze to the USA.

Asia-Oceania Championship kicks off in Gangneung