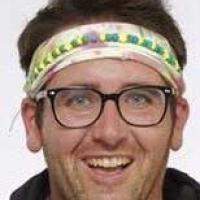 When and where did you begin this sport?
He began skiing at age one and took up snowboarding at age seven.
Why this sport?
"Doctors told my parents that I would never be able to walk or run like other kids. Defying the doctors, my parents refused to accept that I would not walk. My dad, who was a big skier, along with my mum, opted to strap skis to my feet. Before I could walk and support myself, at age one my parents sent me down our snowy driveway on my first pair of skis. Since that day, I became hooked on snow sports."
Club / Team
Team Utah: Salt Lake City, UT, USA

Nicknames
Cerebral Palsy Shredder (sierrasun.com, 19 Apr 2019)
Most influential person in career
His mother. (YouTube channel, 16 Feb 2018)
Injuries
He underwent ankle reconstruction surgery at age 13. (yoocanfind.com, 08 Apr 2018)
Sporting philosophy / motto
"Dream big, big dreams." (Facebook page, 22 Jan 2019)
Famous relatives
His sister Catherine competed in snowboarding at the 2018 National Championships in Copper Mountain, CO, United States of America. (sierrasun.com, 09 Mar 2018)
Impairment
He acquired cerebral palsy as a result of a severe brain haemorrhage at birth. (davescpld.com, 02 Oct 2018)
Other information
OVERCOMING OBSTACLES
In addition to cerebral palsy he has overcome a range of other conditions including Beals syndrome, executive processing disorder and ADHD. Beals syndrome is characterised by long, bent fingers and toes, and permanent bending of major joints, while ADHD and executive processing disorder are intellectual impairments that led to difficulties with language processing and memory for him. "By the time I reached the eighth grade, I was still struggling with ADHD and attention issues. But, I was also finding that I was struggling with my math class, language arts class, and history short essay exams. My mum started realising that I was struggling. She took me to a local psychiatrist and I was diagnosed with an executive processing disorder and that explained why I struggled with those subjects. Having that diagnosis was such a relief to me because for the longest time I thought I was just dumb at math and writing. The diagnosis was major. That helped me get through high school and receive honours when I graduated." (gofundme.com, 10 Feb 2018; YouTube channel, 16 Feb 2018)

NEW ZEALAND STINT
In 2012 he took time away from his studies to snowboard in New Zealand. While there he trained to become a snowboard instructor. "I'd seen a programme online where you could earn your professional international snowboard instructor certification, and I was able to earn my Level 2 and my Level 3 while I was over there. Luckily, I had the support of my parents, but that was on my bucket list. I had to go. Growing up, looking at the pictures of all the guys snowboarding down glaciers [in New Zealand], I never thought that I would actually be doing it." (LinkedIn profile, 01 Jan 2019; sierrasun.com, 09 Mar 2018)

AUTHOR
He wrote and illustrated a children's book called 'Jack and Pop-Pop's Spectacular Journey' with the help of a journalist. He was inspired after taking a children's literature class at university. "They had us write and illustrate our own children's book. And that kind of sparked something big in me. The story is about a kid named Jack who dreams big, big dreams and he lives alone with his grandpa, Pop-Pop." After the book was published with the help of an online fundraising campaign, he donated copies to the Northern California Children's Therapy Center in Woodland, CA, United States of America, for auction. "Altogether my books helped raise a little over 10,000 USD for the centre. I literally had tears running down my face. I was overwhelmed." (sierrasun.com, 09 Mar 2018; dkunr.org, 26 Feb 2016; amazon.com, 01 Jan 2015)