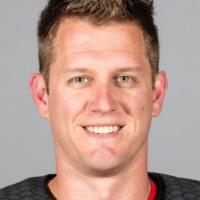 When and where did you begin this sport?
He took up the sport in January 2010 at a military base in Quebec City, QC, Canada.
Why this sport?
"I love ice hockey and I played a lot when I was young. After my injury in 2007 I had to find a new sport so I chose ice sledge hockey. It allows me to stay healthy and helps me to get the most out of life."
Name of coach
Ken Babey [national], CAN
Training Regime
He trains at the Institut National du Sport du Quebec in Montreal, QC, Canada.
Preferred position / style / stance / technique
Goaltender

He was named Best Goaltender at the 2019 World Championships in Ostrava, Czech Republic. (paralympic.org, 04 May 2019)

He took part in the final leg of the torch relay during the opening ceremony of the 2015 Parapan American Games in Toronto, ON, Canada. (thestar.com, 07 Aug 2015)

In 2012 he received the Queen Elizabeth II Diamond Jubilee Medal. (gc.ca, 03 Oct 2012)
Other sports
Before losing his leg he played ice hockey at junior, regional and provincial level in Canada. (hockeycanada.ca, 27 Oct 2012; canoe.ca, 25 Jan 2012)
Impairment
In 2007, while he was serving in Afghanistan with the Canadian Armed Forces, the armoured vehicle he was travelling in drove over an improvised explosive device [IED]. He sustained a broken tibia, fibula, and ankle in the incident, and his injuries meant his left leg had to be amputated above the knee. (forces.gc.ca, 24 Nov 2010; thestar.com, 14 Oct 2010; slam.canoe.ca, 14 Oct 2010)
Other information
POSITIONAL CHANGE
He changed position from forward to goaltender following the 2014 Paralympic Winter Games in Sochi. "I love the pressure. If you compare it to when I was a forward, the pressure is different. It gives me more of a challenge. You have to try to be perfect when you are a goaltender. When you are a forward, you can miss a pass or miss a shot. If you miss it as a goaltender, it is in the net. The biggest thing is the reset. When you give up a bad goal, you can't go on the bench and talk to the guys and say we'll get that back. You are alone in your net, you have to reset yourself and be ready for the next shot because the next one could come quick. It is something I had to learn quickly." (pyeongchang2018.com, 07 Mar 2018; paralympique.ca, 20 Apr 2017)

MILITARY SERVICE
He joined the Canadian Army's Royal 22nd Regiment in 2005. His ambition was to join the army's search and rescue unit, but he had to complete a minimum of four years' prior service. In 2007 he was deployed to Afghanistan, where he sustained serious injuries that led to him retiring from military service. (sportsnet.ca, 31 Jul 2017)