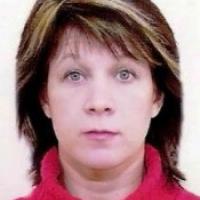 When and where did you begin this sport?
She discovered the sport in 2006, when she saw the wheelchair dance sport collective Grotesk training.
Club / Team
Grotesk : Perm, RUS
Name of coach
Ekaterina Manokhin

Nicknames
Lena (dancingwheels.by, 01 May 2012)
Sporting philosophy / motto
"For some reason, wheelchair dance sport, when able-bodied people watch it, it often brings them to tears. I don't know what this relates to. They say, 'No, it's not pity.' It's something else'. It is, for us, not only a sport, but a meaning for life." (rifey.ru, 01 Mar 2012)
Famous relatives
Her husband, Konstantin Sosunov, was her dancing partner until he passed away in late 2015. (Paralympic.org, 27 Nov 2015; grotesk-perm.ru, 30 Sep 2013)
Impairment
She was diagnosed with multiple sclerosis, after she had pain in back and lost sensitivity in her limbs. (dancingwheels.by, 01 May 2012)
Other information
PERSONAL LOSS
Her husband and dance partner, Konstantin Sosunov, died in November 2015, at age 44. (Paralympic.org, 27 Nov 2015)

HISTORIC ACHIEVEMENT
Along with husband Konstantin Sosunov the pair were the first world champions among duo couples to win both Latin and standard world titles separately. The 2008 World Championships was the first time the Latin and standard was split, and the couple won both programmes. (IPC, 01 Jan 2015)

UNUSUAL CLUB NAME
Ekaterina Manokhina, coach of the club Grotesk where she trains, explains the club's unusual name. "'Grotesk' is about breaking stereotypes. For all of the dancers, a wheelchair is a unique way of movement. They prove each time to themselves, and others, that people with limited physical abilities can live an adequate life, dance, go out into the world, work, create and love." (nadezhda.me, 02 April 2012)