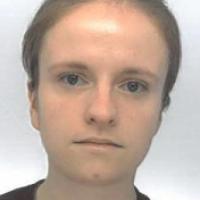 When and where did you begin this sport?
Previously a Para swimmer, she began wheelchair racing in April 2015.
Why this sport?
She had to quit Para swimming in 2012 after breaking her back. Once the metal work that was inserted during surgery had fused, she began going to the gym again. She then met Steve Brown, a British wheelchair rugby player, who suggested that she try wheelchair racing. Soon after taking up the sport she came second in the London Westminster Mile in England, and her career has progressed from there.
Club / Team
Worthing Harriers: England

Nicknames
Lizzie (Twitter profile, 22 May 2017)
Injuries
She was aiming to represent Great Britain in swimming at the 2012 Paralympic Games in London, but broke her back in the months leading up to the Games. She had to stop training immediately, and had surgery the following year. Doctors initially thought she would be in hospital for five days following the operation, but she ended up staying for three-and-a-half months. "I couldn't eat, I couldn't drink, I couldn't even go to the toilet. I had to learn all those things again. I had to learn how to sit up in bed, how to transfer to chairs, how to take steps. That moment was the lowest in my life." (blog.scope.org.uk, 10 Sep 2016)
Sporting philosophy / motto
"I don't just want to be a great athlete, I want to be someone that people can look up to and I want to encourage people to get into sport because it is really great." (blog.scope.org.uk, 10 Sep 2016)
Awards and honours
In 2016 she was named Performer of the Year by the Worthing Harriers club in England. (Facebook page, 29 Nov 2016)
Other sports
She trained with the Great Britain Para swimming team ahead of the 2012 Paralympic Games. (blog.scope.org.uk, 10 Sep 2016)
Ambitions
To compete at the 2020 Paralympic Games in Tokyo. (Twitter profile, 22 May 2017)
Impairment
She has osteogenesis imperfecta, also known as brittle bones disease. (gofundme.com, 01 Mar 2017; blog.scope.org.uk, 10 Sep 2016)
Other information
LIFE-CHANGING EXPERIENCE
After she had surgery to fix her broken back in 2013, she could not participate in sport for 12 months. She was also unable to attend college, where she had already completed her first year. Although she describes this as a difficult period in her life, it also gave her the chance to re-evaluate what she wanted to do. "As I'd spent so much time in a hospital environment, I'd always wanted to work as a nurse because I really appreciated everything that they'd done for me. I wanted to make a difference. It sounds really cliche but I wanted to give back. After my surgery I realised I couldn't do that. I decided that I was going to start the process again, go to a different college, do a different course and get the grades that I knew I could." (blog.scope.org.uk, 10 Sep 2016)