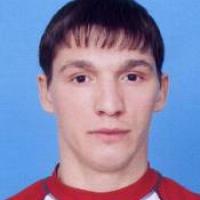 When and where did you begin this sport?
He started athletics in October 2007 with coach Muza Gayfetdinova.
Why this sport?
After a car accident, he tried para-powerlifting and then switched to athletics after he had won a 100m amateur running sprint.
Club / Team
Yugra Adaptive Sports Centre: Khanty-Mansiysk, RUS
Name of coach
Alexander Borovykh
Coach from which country?
Russia