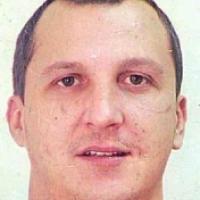 When and where did you begin this sport?
He first used a monoski in 2014 in Austria.
Why this sport?
His wife decided to enrol him into a skiing school near Salzburg, Austria, for his birthday. "The moment I first sat on a monoski was fantastic. I was in Austria at a school that was supposed to last for three days. On the second day I drove a monoski. Everything went without any problems, and since then there has been no standing [skiing]."

PREVIOUS OCCUPATION
He previously worked as the manager for Bosnian rock band 'Zabranjeno Pusenje' [No Smoking]. "It was an unforgettable experience, we were on the road with concerts all the time. It was an honour to be a part of this band. I learned a lot during this work. This experience had a big impact on building my personality." (furaj.ba, 11 Apr 2018; vaz.ba, 02 Nov 2014)

SURVIVOR
He was injured five times during his service with the Armed Forces of Bosnia and Herzegovina, the last of which resulted in his impairment. "It was hard for my parents when I lost the ability to walk, but life must go on. I always tried to turn my impairment into a joke, because that's my philosophy. It all happened very quickly. These [memories] are like flashbacks from a movie, you need time to put them all together into one movie. In the meantime I forget about it until someone reminds me about the story of my life. I woke up, that's the most important thing. There is a reason why I stayed alive." (furaj.ba, 11 Apr 2018; bhraja.ca, 04 Jan 2017)