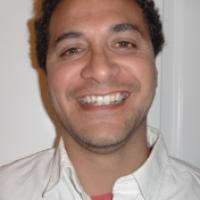 Most influential person in career
His family. (teamusa.org, 12 Jan 2015)
Ambitions
To compete at the 2018 Paralympic Winter Games in Pyeongchang. (gofundme.com, 22 Sep 2014)
Impairment
In August 2008 he was electrocuted while working up an electrical/utility pole in Holladay, UT, United States. He had to have his right arm amputated above the elbow. His co-worker was also hit by electricity and did not survive. (gofundme.com, 22 Sep 2014)
Other information
OCCUPATION
He works as a snowboarding instructor at the National Ability Center in Park City, UT, United States. (teamusa.org, 12 Jan 2015)

BROTHER'S ACCIDENT
In December 2010 his brother Sam was severely burned, also while working up an electricity pole as a linesman, in Colorado, United States, two years after Fatu's accident. The accident resulted in him having both hands amputated. Sam has since gained a following on the internet for his videos in which he shows how he has relearned to do everyday tasks like shaving or tying his shoes without his hands. (deseretnews.com, 17 Jan 2011; ksl.com, 28 Feb 2012)