Canada’s Forest Prepares for Her Comeback 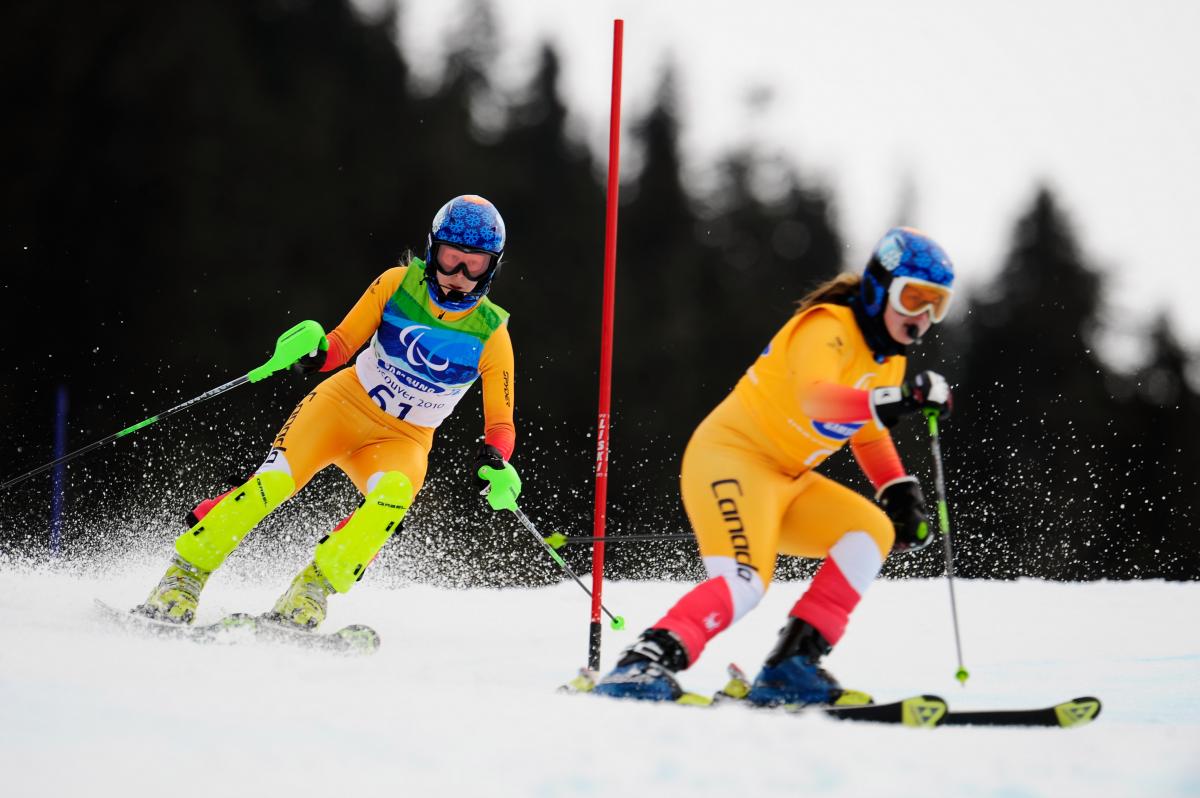 "I got a new guide, so I have to readjust with that new person and basically start from scratch and build all that confidence and trust."

This week around 70 skiers are competing in the second round of the International Paralympic Committee (IPC) Alpine Skiing World Cup in La Molina, Spain.

But there will be one notable absence: Canada’s visually impaired five-time Paralympic gold medalist Viviane Forest, who is still recovering from an injury.

Whilst her rivals like USA’s Danelle Umstead, Slovakia’s Henrieta Farkasova, and Russia’s Alexandra Frantseva thrash it out on the snow, Forest will have to follow the events from her computer.

“I follow everything that I can. It’s always interesting to see the new athletes coming out and to see how the more experienced athletes are doing,” she said, admitting that it breaks her heart not to compete.

Forest injured her wrist after skiing for gold in the Downhill at the Vancouver 2010 Paralympic Winter Games. She was unable to stop because she could not put weight on her leg, which she had injured earlier in the competition.

Her recovery has been a slow – and at times frustrating – process.

“I got a new guide, so I have to readjust with that new person and basically start from scratch and build all that confidence and trust. I’ll probably do some free-skiing and then slowly integrate the gates for racing,” she told www.paralympic.org.

Lauzon-Gauthier will have a challenging task ahead of her. Forest cannot see the gates, let alone bumps or jumps.

“On paper my vision is not even one percent. When I ski, I barely see something quite dark in front of me and that’s my guide, so it’s very easy to lose it. It’s nothing defined, it’s nothing very clear,” she said

On top of that Forest also has tunnel vision. As she skis the vibrations make it ever more challenging to focus.

“If you try to look through a straw and you start moving or go on a bumpy road, it’ll shake and it’ll get extremely hard to see through because everything is in movement,” she said, trying to explain what she sees.

Because of her tunnel vision, Forest can get disorientated and often suffers from vertigo on the slopes.

“I get a lot of vertigo which makes it quite challenging. Like if it snows a bit or if it’s foggy I pretty much don’t see and I don’t feel anything around me, so I get tons of vertigo.

“It’s extremely difficult to stand on your skis and not feel like the whole world is turning around you.”

For this season, Forest can only watch from the side-lines, but by next year, she hopes to be back on the slopes competing against her rivals, with the ultimate goal of heading to the Sochi 2014 Paralympic Winter Games.

“It would be fantastic for me to compete at Sochi but my goal in the shorter term is to get back on snow and be comfortable, but long term my goal will be Sochi for sure.”