Historic developments off the field of play in Americas in 2020 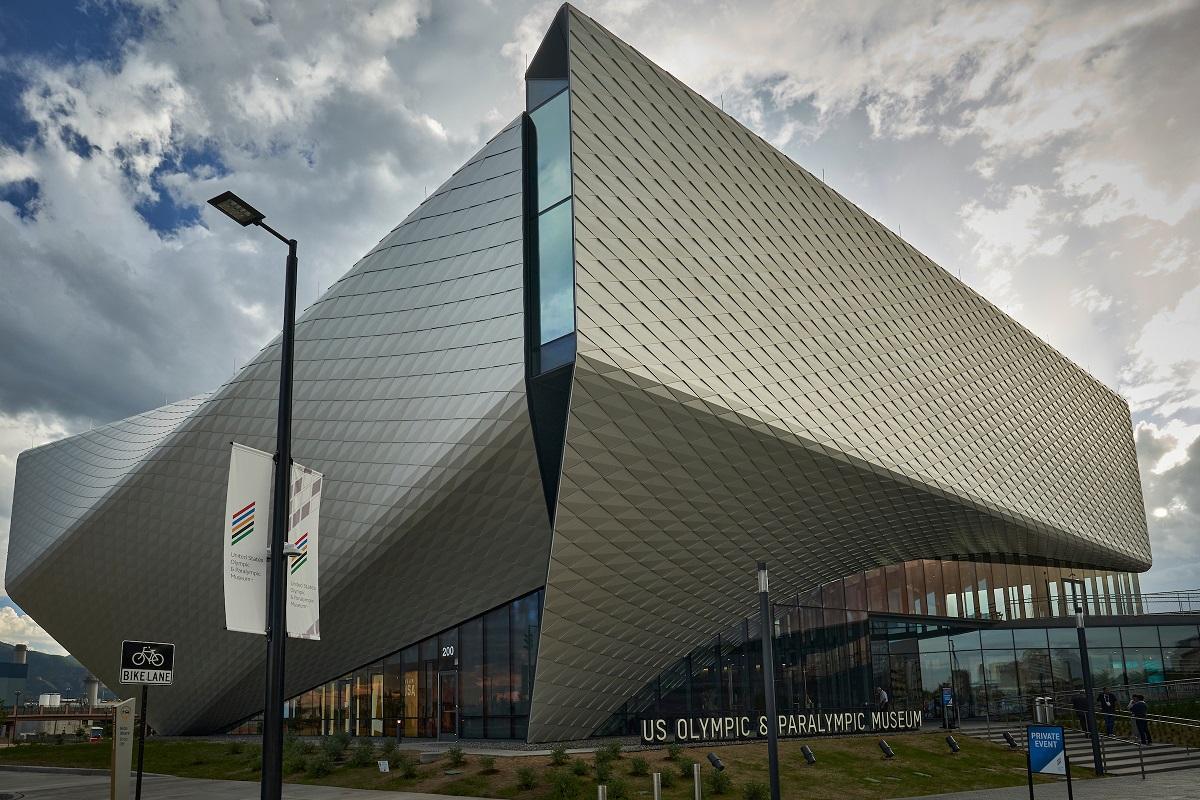 The state-of-the-art United States Olympic and Paralympic Museum opened its doors in Colorado Springs at the end of July and showcased one of the best examples anywhere in the world, how Paralympic and Olympic athletes need to be treated equally.

The museum aims to highlight US Paralympians and Olympians by sharing their inspiring stories.

Guests ride up to the top floor on an elevator and from there, inspired by the Guggenheim Museum in New York, use a wider than usual ramped path designed for more wheelchairs to enter the main galleries.

The experiential exhibitions are all interactive including captions, descriptive audio tracks, ASL translations and assisted listening, to ensure guests of all abilities can enjoy the museum.

Para athletes including Paralympic pistol shooter Mike Tagliapietra were on the advisory board to help with the building design.

“I remember the first thing I said to them was please don’t put carpet in the museum. It makes it difficult to push wheelchairs around on it,” said Tagliapietra.

The 60,000-square foot museum is already being called the most accessible and interactive museum in the United States. Tagliapietra thinks the museum will help spread awareness about the movement, with the inclusion of the word ‘Paralympic’ in its name.

“People are going to say, ‘What’s Paralympic?’” he said. “It will have an impact, because a lot of people don’t know.”

USA Today's @10Best voting for 2020’s Best New Attraction closes next Monday, and we're bringing you seven reasons to vote for the USOPM.

VOTE NOW (and every day until next Monday): https://t.co/dooMBvzVQw@VisitCOS

Looking ahead to Santiago 2023

The sports programme was announced in December for the Santiago 2023 Parapan American Games, featuring 17 sports and 18 disciplines, including Para archery's return to the programme.

The Chilean capital will host the seventh edition of the Games in November 2023, at the conclusion of the Pan American Games.

The sessions had to be held online because of the lingering impact of the global pandemic.

While organisers are considering a number of budget-relieving strategies because of COVID-19, Pérez says the Games offer an opportunity to design and build more accessible urban spaces and buildings across the city.

“We are convinced that Santiago 2023 is a great opportunity to recognise the development and success of our Para athletes, that is why the Parapan American Games are at the heart of our Government."

The President of the Americas Paralympic Committee, Julio César Ávila, added: “Events such as Santiago 2023 are an opportunity to demonstrate what humanity in general, and the Americas community in particular are capable of; they are a true celebration of human potential and a top-level sports competition.”

Athletes put aside training to help out during the pandemic

Venezuelan Para swimmer Genesis Leal has always struggled to juggle her sports career and medicine, but this year when those two worlds collided, she found her purpose.

Leal went into 2020 hoping to qualify for her first Paralympics. Instead, the doctor found herself in the hospital treating patients with COVID-19 and says, “at first it was scary.”

“One day, five patients came in with fever and COVID-19 symptoms; and you just have to be there and recognise your role as a doctor.”

Leal missed qualifying for the Rio 2016 Paralympics because she was busy studying for her medical degree.

"There are times when I recognise that if I hadn’t gone into medicine, I would have been better at sports. I could be a World Champion, but God put faith in me to pursue both, and that's what I decided.”

Leal still has ambitions to compete in Tokyo. She finished fourth at the 2019 Parapan American Games in Lima and was training for Tokyo in a hotel pool when COVID-19 hit.

Colombian swimmer helps out in the ER

Para swimmer Paola Mosquera is another athlete who has donned the medical scrubs and PPE to help COVID-19 patients.

Mosquera spends most of the time in the emergency room (ER) in Colombia.

"These have been difficult days and we have been supporting the people around and receiving a lot of training to optimise care," said Mosquera adding that, while the pool gives her the freedom to express, being in healthcare, serving people, provides her with utmost satisfaction and joy.

She isn’t the only athlete in her country trying to find a way to help those in need during the pandemic. In February, Colombian powerlifter Fabio Torres and his wife created the Foundation ‘Gestión, Amor y Vida’ (Management, Love and Life) to assist people with disabilities, seniors and disadvantaged youth in Bogota.

They delivered essential food items to people’s homes with many unable to work and earn a living due of COVID-19. The world and Parapan American medallist has been giving back in this way while still training for Tokyo.

"We are doing this so that many people, for instance, those who used to sell fruits or other kind of food on the streets and can no longer do so, have something to eat,” said Torres, who won the best male powerlifter at the first Online World Cup Series presented by BIGSER, in early May. 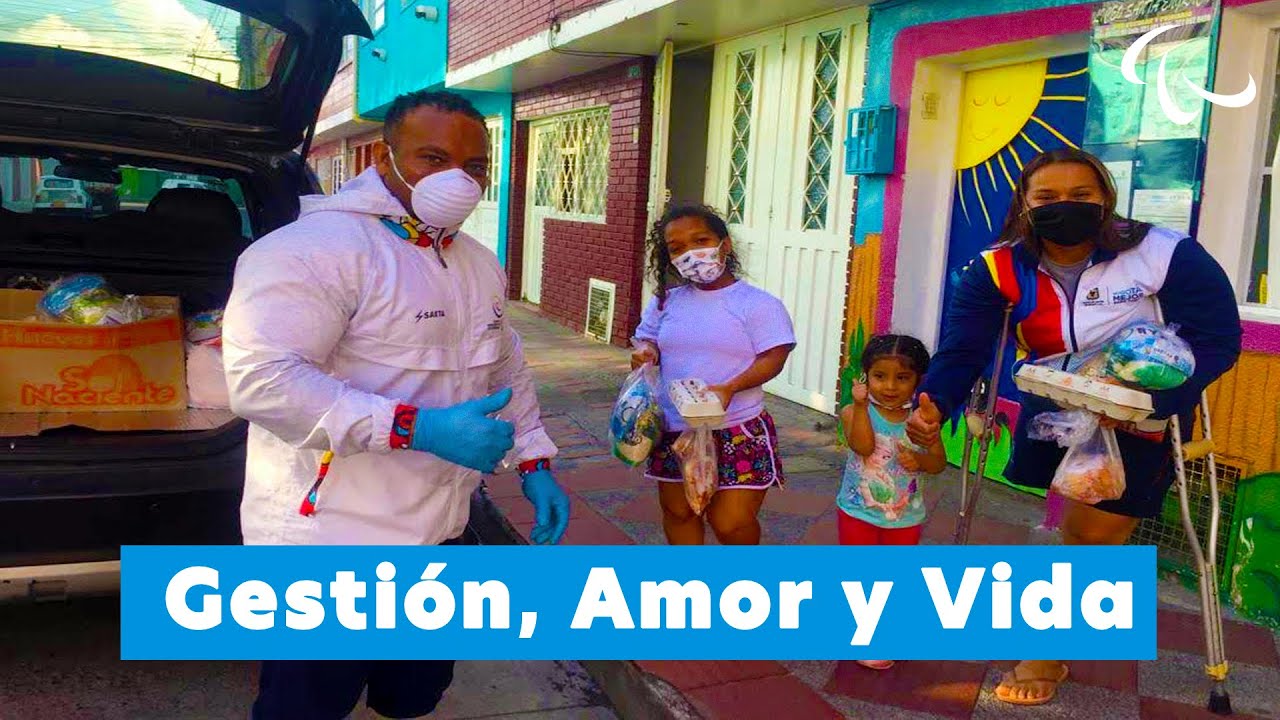 Seventeen-time Paralympic medallist Tatyana McFadden of the USA has broken many barriers in her career and became a trailblazer in a new way in 2020.

McFadden was one of the producers and a driving force behind the ground-breaking Netflix documentary 'Rising Phoenix'.  The documentary tells the remarkable story of the Paralympics humble beginnings post World War 11 to its current place as the world’s leading sports event driving social change.

McFadden is one of nine athletes featured in the documentary that she believes is helping change perceptions around the world about the Paralympics.

“I think it’s so beautiful.  Every athlete is captured so elegantly, not only beautiful but strong.  It is just so amazing with the angles, the music and the drama.”

“Rising Phoenix” has been nominated for best documentary in the British Independent Film Awards and is noteworthy for another reason - 16 per cent of the people who worked on the film have a disability. 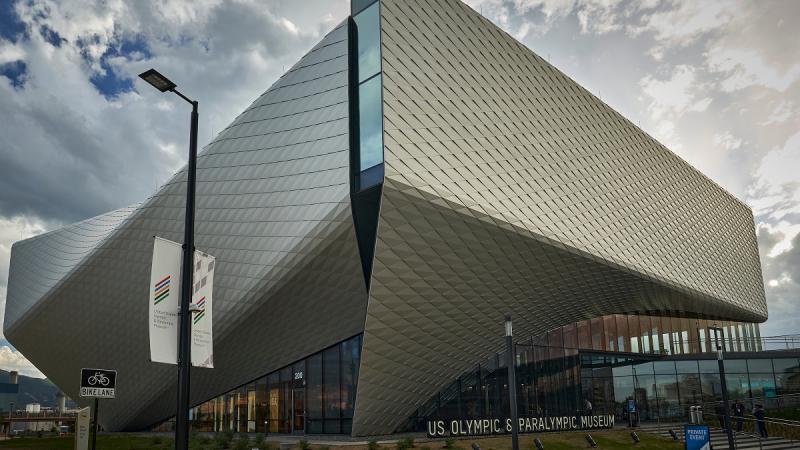