Click here and change your settings to allow marketing cookies to view this content
Zhou Jiamin made her Paralympic debut at Rio 2016, winning a pair of gold medals
By Ros Dumlao and Zhen Ma | For the IPC

Paralympic and world champion archer Zhou Jiamin made a promise, one which could possibly make Tokyo 2020 her last Paralympics next year.

“I promised my husband that I will spend more time with my family after these Paralympic Games. It will most likely be my last Games,” the 30-year-old said.

After an underdog gold medal performance at her first Paralympic Games in Rio 2016, Zhou added a World Championship title in the women’s compound open, the following year. Wedding bells rang for Jiamin in 2018 and since then, she has been trying to find that fine balance between her sport and family.

On paper, it seems she has accomplished the maximum in her sport and is ready to retire her bow, finish her thesis at the Beijing Sport University, apply for that Master’s programme she has been planning for, and focus on a family.

However, not before giving one more shot at the Paralympic Games in Tokyo.

“Being a Paralympic champion does not necessarily mean you can stay on the top level,” she explained. “Archery is a sport full of serendipity, which makes me always have a sense of crisis. For example, I didn’t win a gold in the latest World Championships (in ‘s-Hertogenbosch, Netherlands). So, I have to always be motivated to work hard and take on challenges from the younger athletes.”

She has come a long way, from 'accidentally' joining the sitting volleyball team in 2013 before a coach spotted her talent in Para archery.

While she did not initially make the national team for Rio 2016, the situation changed a few months later, as World Archery issued another quota to China and Zhou got her ticket on the basis of her world rankings.

“To be honest, I was very frustrated. I was not very young at that time, so it was not easy to persuade myself to keep training for another four years for Tokyo,” Zhou admitted, adding, “When I heard this news (of her selection), I was shocked and just sitting by myself for three hours trying to calm down, focus and prepare for Rio 2016."

Zhou went on to win the women’s individual compound open at Rio in an all-Chinese shoot-off with Lin Yeushan. The victory added to the team gold she has already clinched.

She now remains motivated for Tokyo amid the COVID-19 pandemic and has been training in Hangzhou, which is close to her home.

“My toughest opponent is myself because in archery, we do not compete face-to-face,” Zhou explained. “The only thing I need to do during the matches is maintain a good mentality and really do what I did in the training.” 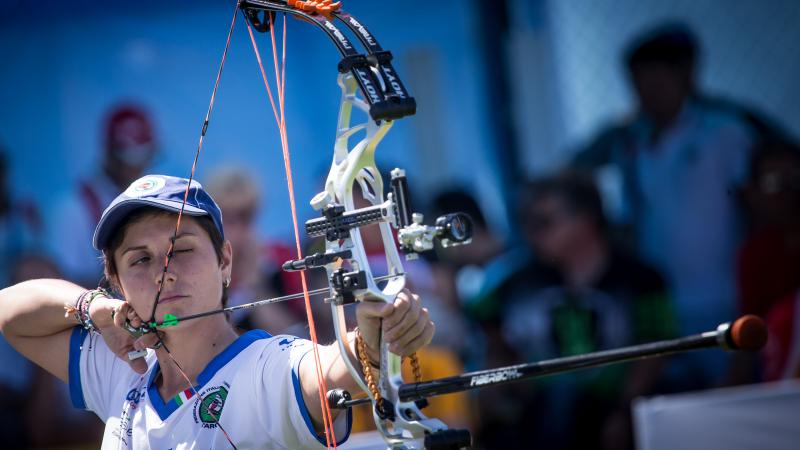