"I had a lot of time to think and ask myself important questions, some of which I found answers for" 17 Jun 2020
Imagen 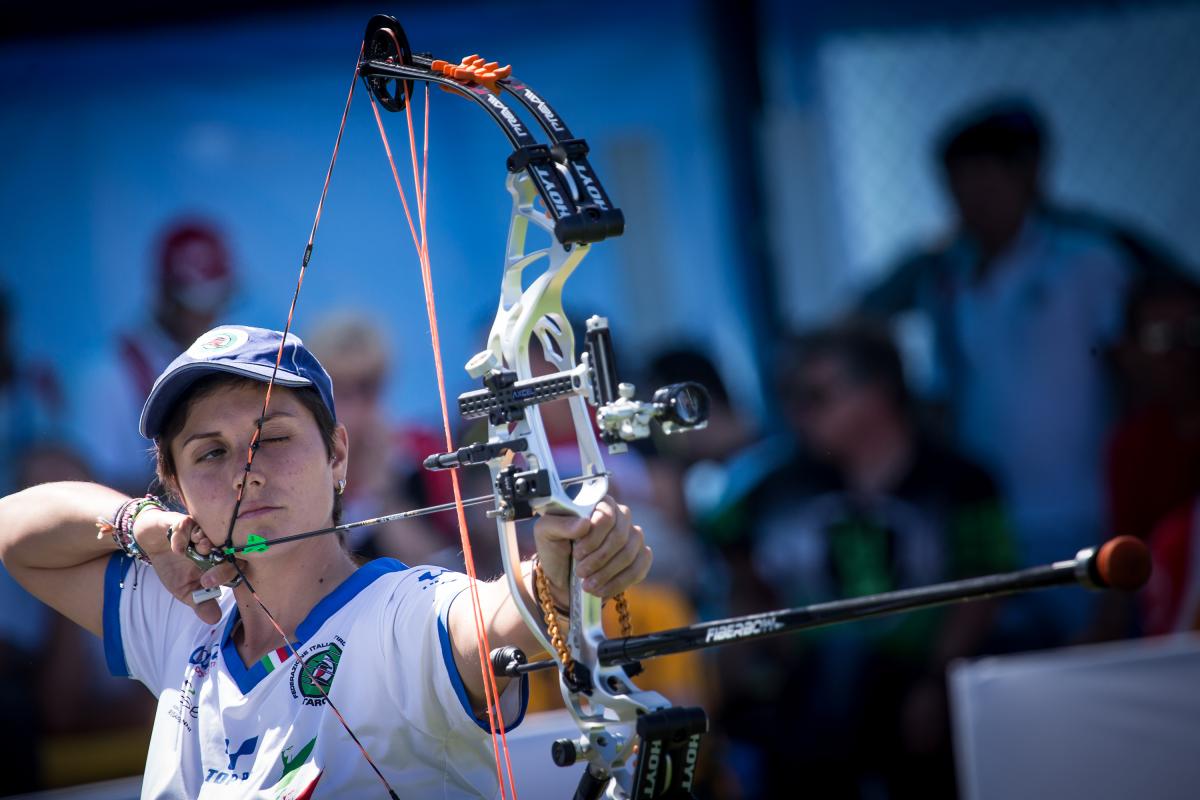 Eleonora Sarti was shooting at the target located between her television and a glass door, one arrow after the other. The Italian Para acher had to find an alternative way of training following the COVID-19 outbreak and subsequent months-long lockdown across the country.

Sarti was preparing for the 2020 European Championships when the pandemic struck Italy hard in late February.

"It was hard at first, especially when I was alone all the time," she said. "I missed my friends and family, as much as I missed working out and going to the gym. I couldn't spend time with the important people in my life.”

Later on, Sarti understood that isolation was an opportunity to be with herself. "I had a lot of time to think and ask myself important questions, some of which I found answers for," she said.

"That made me happy." She also continued with her studies in psychology and developed her creative side. "During the quarantine I started drawing and playing the guitar. I'm doing a big painting of a very colorful frog and I really like to paint with my hands. Lately, I have been enjoying reading contemporary poetry, like Gio Evan."

The Italian athlete did not remain indifferent when she received the news of the postponement of Tokyo 2020. "Initially I felt very sad and was a little angry, although I knew it was the right decision.

After Rio 2016 -- where she made her Paralympic debut but missed the podium -- she said she learned a lesson and "did a lot of mental training, so I felt ready for Tokyo. But I took this opportunity to improve even more."

"Obviously it's different to train at home and sometimes it can get boring and frustrating," Sarti admitted. "I did physical and mental training and shot arrows from a distance of two or three meters."

Her apartment in Castenaso, Bologna, was transformed into a small training center for several weeks.

"In my apartment I didn't break anything, but I had a little accident with a photographer, who put his camera right over the target and then fell."

I couldn't spend time with the important people in my life.

"I started with archery because my physical therapist, who worked in both the wheelchair basketball and archery teams, suggested it. He was the one who made me discover the sport."

After trying both wheelchair basketball and archery for a while, she quickly turned to the latter full-time. "I consider archery to be a team sport as well in the sense that there is a group of people working behind me, who support me in everything. Without them, it would be impossible to compete."

She arrived at Rio 2016 in great shape, fulfilling her dream of qualifying for a Paralympics, but unfortunately the results were not as expected, and she ended far from the podium.

I consider archery to be a team sport as well in the sense that there is a group of people working behind me, who support me in everything.

In 2016, she became the second Paralympic athlete to represent Italy in an event for able-bodied athletes by winning bronze in the women's team at the World Championships in Ankara, Turkey. Paola Fantato, who competed at the 1996 Olympic and Paralympic Games, had been the first.

"I consider myself an athlete; I don't make the distinction between able-bodied and athletes with disabilities. Winning a medal in Ankara didn't feel different at all." 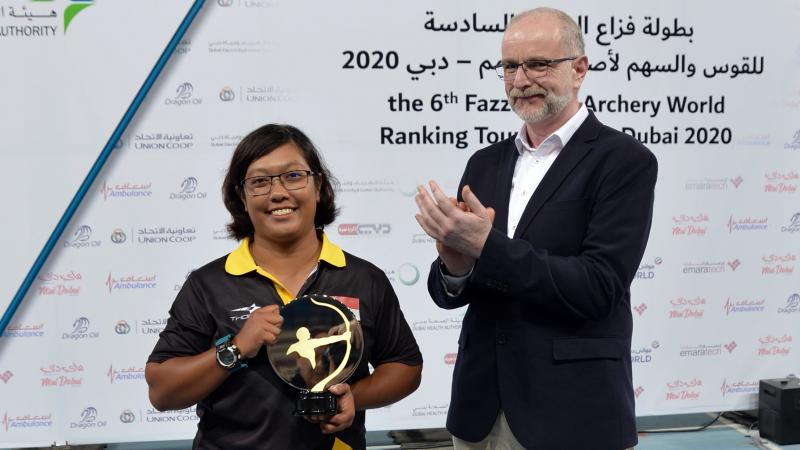 Archery
Fazza 2020: Singapore’s Alim lives up to her reputation in Dubai