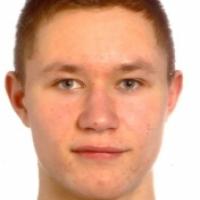 When and where did you begin this sport?
He took up the sport in 2012 at the TSV Bayer 04 Leverkusen club in Germany.
Why this sport?
He visited the TSV Bayer 04 Leverkusen club in Germany to do some research on Para sport for a school assignment. He trained there for three days, and was then asked if he would like to join the club on a regular basis.
Club / Team
Sprintteam Wetzlar: Germany
Name of coach
Steve Fudge [personal], from 2020

In 2017 he injured the anterior cruciate ligament [ACL] in his left leg. During his recovery he picked up a viral infection, which forced him to withdraw from the 2017 World Championships in London, England. (Facebook page, 12 Jul 2017)
Sporting philosophy / motto
"I love walking away from the track knowing I pushed my body past the limits." (Instagram profile, 24 Mar 2019)
Awards and honours
In 2016 he was presented with the Silbernes Lorbeerblatt [Silver Laurel Leaf], the highest sports award in Germany. (bundespraesident.de, 01 Nov 2016)

He and fellow 4x100m relay runners Johannes Floors, Markus Rehm and David Behre were named the 2016 Team of the Year by the National Paralympic Committee of Germany. The group won gold at the 2016 Paralympic Games in Rio de Janeiro. (paralympic.org, 29 Nov 2016)

He was named Elite Student of the Year in 2013 and 2014 by the German Elite School of Sport Association. (tsvbayer04.de, 18 Sep 2015)
Ambitions
To win a medal at the 2020 Paralympic Games in Tokyo. (zdf.de, 26 Aug 2020)
Impairment
He was born without a foot and the lower part of the shin on his right leg. (athleticsweekly.com, 21 Apr 2014)
Other information
NEW CLUB AND COACH
In December 2020 he announced he was leaving TSV Bayer 04 Leverkusen after eight years at the club. He joined Sprintteam Wetzlar, and also began training in London, England, under coach Steve Fudge. "Leverkusen was my sporting home and supported me from day one, not only in sports but also in my private life. Leverkusen will always remain a part of me and I'm proud of that. The Wetzlar sprint team is top-notch and has a motivated team behind it. I really felt like working with them. After the first conversation I immediately felt very comfortable and felt that they fully supported me on my new path, namely to train with Steve Fudge in England in the future. For me, I now have to go full throttle because I want to run for the medals in Tokyo [at the 2020 Paralympic Games]." (Facebook page, 01 Dec 2020; Sprintteam Wetzlar Instagram profile, 01 Dec 2020)

Felix Streng triumphs in the battle of blade runners