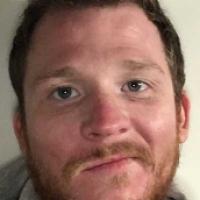 When and where did you begin this sport?
He was a skateboarder before his accident and first tried Para snowboarding, but did not enjoy using his prosthetic leg. Instructor Paul Dowsett recommended he try three-track skiing while attending a National Disabled Veterans Winter Sports Clinic in Snowmass Village, CO, United States of America. "It's great therapy. It's really hard, and that's what makes it great. I skateboarded throughout the Marine Corp. I even took a skateboard to Afghanistan. Once I lost that, there was a big hole in my life."
Why this sport?
He had originally planned to sail around the world on his sailboat, before he was motivated to compete at the Paralympic Winter Games by US and Canadian Para alpine skier Melanie Schwartz. "She is the one who kind of sent me on the path, said it is not impossible. I was living on a sailboat. I was planning on doing a circumnavigation [of the world]. My boat hasn't left the dock since the last Winter Sports Clinic."
Club / Team
National Sports Center for the Disabled: Winter Park, CO, USA

Most influential person in career
Winter sports instructor Paul Dowsett and US and Canadian Para alpine skier Melanie Schwartz. (aspentimes.com, 05 Apr 2019)
Sporting philosophy / motto
"This chairlift is going to keep on going without me or with me. I can either sit at the bottom of the mountain and cry over a beer, or I can ski down it." (aspentimes.com, 05 Apr 2019)
Ambitions
To compete at the 2022 Paralympic Winter Games in Beijing. (winterparktimes.com, 08 Nov 2018)
Impairment
He lost his left leg in a motorcycle accident on a highway in Houston, TX, United States of America, in 2012. (aspentimes.com, 05 Apr 2019)
Other information
MILITARY SERVICE AND ACCIDENT
He was in the US Marine Corps from 2008 to 2012 and served two tours in Afghanistan. He was awarded a Purple Heart after suffering mouth and facial injuries from an improvised explosive device that exploded during a firefight on his first deployment in 2010. He was transported back to the United States of America and underwent multiple surgeries over a period of months, which resulted in an addiction to pain killers. After he was cleared for combat and sent back to Afghanistan for a second deployment, he was no longer able to attain pain killers and had turned to cannabis to help the pain. Following a random drug test, he was discharged from the Marine Corps in 2012. He returned home and was able to become clean on his own, but says he struggled to receive medical attention for the facial injuries he sustained during his first deployment. "I actually felt better once I was off the drugs, almost free. But it was a struggle [navigating Veterans Health Administration], you are just a number to them. I was without teeth longer than I was in the service." Late in 2012, he was riding his motorcycle when a driver swerved across three lanes of traffic, causing the accident that resulted in the loss of his left leg. "I could lay around and do nothing day in and day out, but life is what you make of it. There is much to live for and the journey is real. Embrace it. Enjoy it for what it is and what you are dealt." (winterparktimes.com, 08 Nov 2018)