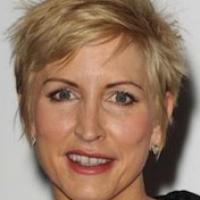 When and where did you begin this sport?
She was an occasional recreational skier before her accident. After her accident, at age 42, she was spotted and encouraged to take up competitive Para skiing.
Why this sport?
On a skiing holiday in Austria at age 42 she was stopped by the Slovenian Masters Ski Team who noticed that she was doing more than 100kph on slalom skis. Despite initially feeling she would be too old after they suggested she try racing, she tried it anyway and found she loved it. "I didn't know how to turn very well but I just loved speed and going straight. It's physically demanding but mentally so freeing and a real privilege to be doing."

She broke her left wrist and injured her right knee in a snowmobile accident in December 2015 in Austria. (dailymail.co.uk, 30 Jan 2016)

She had five high-speed skiing accidents during 2011 and the start of 2012. She fractured her left shoulder twice, ruptured her anterior cruciate ligament [knee] once and smashed her right shoulder blade into five pieces. She also won a super giant slalom in Austria in February 2012 despite competing with a fractured shoulder and a broken thumb. (mirror.co.uk, 12 Feb 2012)
Awards and honours
She was nominated for the Nobel Peace Prize in 1996 for work done by her charity The Heather Mills Trust. (bbc.co.uk, 07 Jun 2002)

She was the recipient of the inaugural United Nations Educational, Scientific and Cultural Organisation [UNESCO] Children in Need Award. (Facebook page, 29 Sep 2017)

She received the Irvine award from The University of California in Oakland, CA, United States of America. The university have also established a Fellowship in her name. (Facebook page, 29 Sep 2017)
Famous relatives
She married Paul McCartney, the former Beatles member, in 2002. They divorced in 2008 and have a daughter, Beatrice, together. (dailymail.co.uk, 10 Dec 2009)
Impairment
In 1993 her left leg was amputated below the knee after a police motorcycle responding to an emergency call hit her as she crossed a road in London. She used the money that she was awarded in compensation, and from press interviews, to set up the Heather Mills Health Trust. The organisation delivers prosthetic limbs to people, particularly children, who have lost limbs after stepping on landmines. (dailymail.co.uk, 19 Jan 2012; belfasttelegraph.co.uk, 27 Apr 2010)
Other information
BUSINESS OWNER
In 2009 she founded VBites, a vegan food company and cafe chain. "If we can make going vegan as simple, fun and creative as possible, it's going to change the environment, health of the world, and help save so many animals. That's why I opened the cafes and, with 74 products to choose from, everyone has a choice." (heathermills.org, 20 Nov 2018; Facebook page, 15 Jan 2019; veganfoodandliving.com, 11 Oct 2016)

OTHER ACTIVITIES
She has served as a United Nations Association Goodwill Ambassador, a founding Patron of the No More Landmines charity, and as a patron and activist for Viva! [Vegetarians International Voice for Animals]. (Facebook page, 29 Sep 2017)