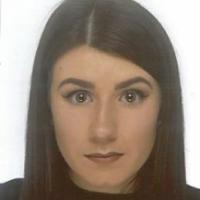 When and where did you begin this sport?
She took up the sport at age 11 at Cleethorpes Athletics Club in England.
Why this sport?
"The first time I came into contact with it as a discipline was at an event called Star Track in Cleethorpes in 2006. The idea was that you could just turn up and try all number of events, and my brother went along and picked up the javelin. Me being the little sister, I obviously wanted to copy him, so I picked up the javelin and threw it, and I remember thinking that it seemed to travel quite far."
Club / Team
Blackheath and Bromley Harriers: London, ENG
Name of coach
David Turner [personal], GBR, from 2017
Training Regime
She trains at Loughborough University in England.

Hobbies
Spending time with her dog and cat, makeup. (Instagram profile, 20 Feb 2021)
Most influential person in career
Her family and friends. (grimsbytelegraph.co.uk, 31 Dec 2016)
Hero / Idol
British heptathlete Jessica Ennis-Hill. (Athlete, 07 Dec 2010)
Injuries
She strained her shoulder prior to the 2008 Paralympic Games in Beijing, an injury that affected her performance at the event. (Athlete, 07 Dec 2010; thisislincolnshire.co.uk, 14 Jan 2010)

Earlier in her career she suffered a stress fracture to her back [L5], which took nearly a year to heal. (Athlete, 07 Dec 2010; thisislincolnshire.co.uk, 14 Jan 2010)
Sporting philosophy / motto
"Strong doesn't necessarily mean big and strong. It means powerful, it means you can stand tall and you're proud of yourself. There are loads of other different things that strong involves. I would say a strong mindset as well, so not just being physically strong." (stylist.co.uk, 02 Nov 2019)
Awards and honours
She was named Member of the Most Excellent Order of the British Empire [MBE] in the 2017 New Year's Honours list. (walesonline.co.uk, 31 Dec 2016)

She was named Para Sportsperson of the Year at the 2016 Lincolnshire Sports Awards in England. (activelincolnshire.com, 04 Nov 2016)

She was named the 2008 Sports Personality of the Year in Lincolnshire, England. (louthleader.co.uk, 10 Nov 2008)

She received the 2008 Sports Aid One to Watch Award in Great Britain. (bbc.co.uk, 22 Sep 2008)
Milestones
At age 14 years and 74 days she was the youngest member of the Great Britain athletics team at the 2008 Paralympic Games in Beijing. (SportsDeskOnline, 02 Oct 2019; holliearnold.com, 08 Dec 2015)
Famous relatives
Her partner Josh Morgan has coached the Welsh national table tennis team. (Josh Morgan Instagram profile, 31 Dec 2020; Instagram profile, 31 Dec 2020)
Ambitions
To win a gold medal at the 2020 Paralympic Games in Tokyo. (britishathletics.org.uk, 11 Nov 2019; telegraph.co.uk, 20 Dec 2020)
Impairment
She was born without her right forearm. (holliearnold.com, 18 Aug 2014)
Other information
TV APPEARANCE
In 2020 she appeared on British survival reality TV show 'I'm a Celebrity... Get Me Out of Here!'. She was the first person with an impairment to appear on the programme. "I hope I've done myself justice and that in the next few years more disabled people will be involved. It's really special to be the first and it was just the most incredible time. Yes, I have a disability but I just get on with things, always have, and I think people saw that. There were comments saying, 'She should have been exempt from some tasks' but, to me, I feel like it was a challenge. It is such a whirlwind of emotions, everything in there is heightened, the vulnerability that comes out. I am so proud of myself, I hardly cried. I'm usually quite an emotional person and I cry often. But I felt like vibe in the camp was, whoever was down, you'll be back up in a minute. It was so honest and lovely, it's just amazing memories." (telegraph.co.uk, 20 Dec 2020; dailymail.co.uk, 28 Nov 2020)

FAMILY SACRIFICE
At age 16 her family relocated from Grimsby, England, to Wales to allow her access to better coaching and to further her athletics career. Her mother was later diagnosed with depression in 2013, due in part to stress resulting from the move. "As an 18-year-old, that was a scary thing to go through and the whole experience made me grow up fast. They had moved their life for me, but it quickly became a role reversal because I had to be an adult and make sure mum was okay. My mum doesn't mind me talking about this because she'll know it could help other people and for other people to open up and talk about it. I'm so proud of how she's adapted and overcome things and I think I get that 'never give up' mentality from her." (paralympics.org.uk, 29 Jan 2019)

Hollie — The 'Arnold' of records aims for more at Tokyo