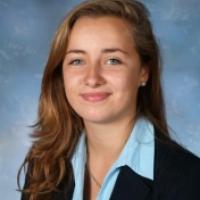 When and where did you begin this sport?
She took up shooting Para sport at age 19 while being treated for her injuries at Stoke Mandeville Hospital in England.
Why this sport?
She was encouraged to try shooting as part of her rehabilitation. "I broke a lot of ribs in my accident and I was simply in too much pain to try anything other than a passive sport. I had shot rifles in the CCF [Combined Cadet Force] at school and done some clay pigeon shooting but the pistol shooting was a way of passing the time and meeting people."
Name of coach
Steve Pengelly, GBR

Hobbies
Travel, reading, food. (Instagram profile, 21 Jun 2022)
Most influential person in career
Her mother. (wiltsglosstandard.co.uk, 04 Aug 2016)
Hero / Idol
British hockey player Kate Richardson-Walsh. (sportsaid.org.uk, 19 May 2015)
Other sports
She has played wheelchair rugby for the Stoke Mandeville Maulers and wheelchair badminton for Devon Racqueteers in England. Prior to her accident, she played hockey at university level and competed in athletics at junior national level in England. (Twitter profile, 08 Nov 2019; exeteramagazine.com, 12 Nov 2015; sportsaid.org.uk, 19 May 2015; gloucestershireecho.co.uk, 05 May 2014; thepowerof10.info, 17 Jul 2011)
Famous relatives
Her partner Matt Skelhon represented Great Britain in shooting Para sport at the 2008, 2012, 2016, and 2020 Paralympic Games. He won gold at the 2008 Games in Beijing, and silver and bronze at the 2012 Games in London. (Instagram profile, 24 Apr 2022; SportsDeskOnline, 24 Jun 2022; paralympics.org.uk, 01 Jan 2019)
Ambitions
After retiring from competition, she would like to work as a performance-lifestyle advisor or access consultant. (LinkedIn profile, 22 Jun 2021)
Impairment
In June 2013 she and two friends were returning home from the cinema when they were involved in a car accident. She had to be resuscitated at the scene and was placed in an induced coma for five days. Her injuries included a broken back, five broken ribs, a crushed right lung and a severed liver. She was paralysed from the waist down and lost the full use of her left hand. She spent four weeks in intensive care, and six months in John Radcliffe Hospital in Oxford, England, before being transferred to the spinal injury unit at Stoke Mandeville Hospital in Aylesbury, England. (wiltsglosstandard.co.uk, 04 Aug 2016; gloucestershireecho.co.uk, 05 May 2014)
Other information
DEALING WITH HER IMPAIRMENT
She says she initially struggled to come to terms with her impairment, but that sport played a role in her accepting her new life. "I couldn't understand why the nurse wouldn't tell me when I could go home but the truth is they didn't know if I was going to get over the injuries I'd sustained. I did, but after three weeks of sucking juice from a sponge in an intensive care unit, and then regaining hand function in a ward for traumatic accidents, it began to sink in that it was unlikely that I'd walk again. I cried a lot. I got a lot of pain from everyday things like hugs, coughing and lying on my right side. Because my right lung was crushed, I had trouble breathing for a while, too. When I developed enough strength, I started the course of physiotherapy that took me from full dependency on multiple nurses to independence. It took five months. My left hand doesn't work properly, so there are still things I need help with, but I'm back in the world of sport and I feel like I've come home again." (prancingthroughlife.com, 16 Mar 2015)

FURTHER EDUCATION
She has studied for a master's degree in global literatures and cultures at the University of Exeter in England. She has also undertaken a Continuing Professional Development [CPD] course in life coaching. (Instagram profile, 21 Jun 2022; LinkedIn profile, 22 Jun 2021)

OCCUPATION
She has worked as an athlete relationship manager for The Transition Phase, a company that helps athletes make career transitions and balance dual careers. (LinkedIn profile, 22 Jun 2021)