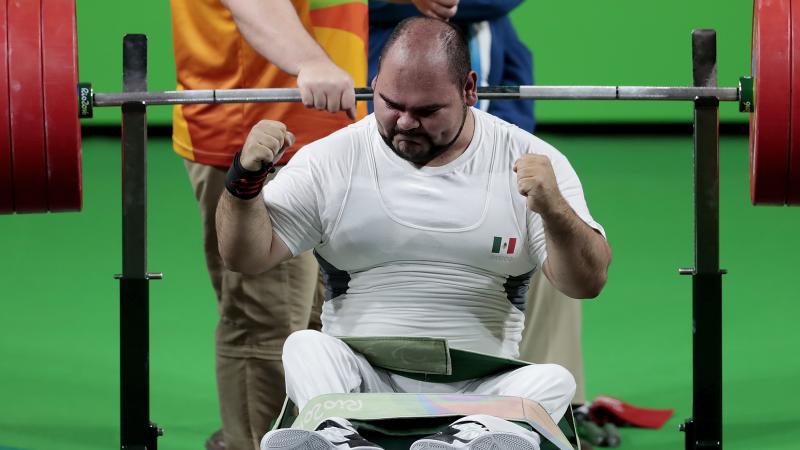 After 17 years competing as a powerlifter, Jose de Jesus Castillo Castillo fulfilled one of his dreams of winning a world title in front of his fans, family and friends in Mexico City.

He took a dramatic gold in the men’s up to 107kg thanks to a 236kg lift in his final attempt. Castillo was in third position after two rounds, but his home crowd gave him the strength to produce an epic comeback.

After such an achievement, he was named the first Americas ‘Athlete of the Year for 2017’ after receiving 58 per cent of the public vote.

He followed that up with another title at the 2018 Americas Open Championships in Bogota, Colombia.

Castillo Castillo has been steadily improving throughout the years. He ended ninth at his first Worlds in 2006, but then finished fourth in 2010 and third in 2014.

He has also enjoyed success at Paralympic Games, most recently taking bronze in the men´s up to 97kg at Rio 2016.

"Falling is allowed, getting up is mandatory," is Castillo Castillo’s life motto.

His impairment is a result of the effects of polio, which he contracted at age two.

When and where did you begin this sport?
He began powerlifting in 2001 in Zapopan, Mexico.
Why this sport?
He was inspired to take up the sport after watching a documentary about athletes competing at the 2000 Paralympic Games in Sydney. "It is the best discipline."
Club / Team
Jalisco State: Guadalajara, MEX
Name of coach
Mayra Perez Hernandez, MEX, from 2011