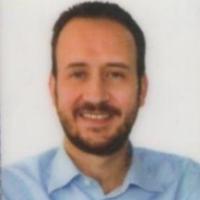 Sporting philosophy / motto
"The happiest people are those who are thankful." (revistamira.com.mx, 06 Apr 2017)
Impairment
In January 2010 a rubbish truck landed on top of his car after it fell off an elevated viaduct in Mexico City, Mexico. He damaged three cervical vertebrae and sustained a broken neck, leading to paralysis below the neck. He underwent a 12-hour operation on his spine and has recovered some mobility above the waist following rehabilitation. (vallartadaily.com, 17 Nov 2018; excelsior.com.mx, 28 Dec 2010)
Other information
CHANGING APPROACH TO LIFE
He sustained his impairment at age 23, when he was a medical student in Mexico City, Mexico. He experienced a range of difficult emotions following the accident, and was also troubled by the effects it had on his family and friends. Having received motivational messages from people he knew and taken inspiration from a quote by Thomas More, he assessed his options and realised he could adapt and lead a fulfilling life. "Once I saw the conditions of my new life, I asked myself if I could continue with my medical career. The answer was no but I switched to psychiatry and now I have my own psychiatric consultation. There is a swimming pool where I live, and one day I decided to get in and I discovered I could do it. Then I made the decision to call the Mexican Paralympic Committee and did a test. It was a radical change in my life." (vallartadaily.com, 17 Nov 2018)

OCCUPATION
He is a member of the Mexican Psychiatric Association, and has also lectured at both the Pan American University and the School of Medicine in Mexico City, Mexico. (loquedeverdadimporta.org, 2018)