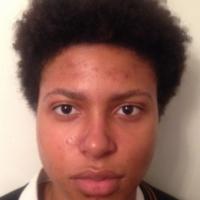 When and where did you begin this sport?
She took up the sport in 2012 at a wheelchair academy in Coventry, England.
Why this sport?
Although she was unable to play sport at school for health and safety reasons, she was inspired to take up athletics after watching the 2012 Paralympic Games in London. "I didn't really know a lot about wheelchair racing - I'd heard of it before, but I didn't really understand how it all worked. After watching people like [British wheelchair racers] David Weir and Hannah Cockroft compete, that's when I realised that it was actually a sport out there."
Club / Team
Coventry Godiva Harriers: England
Name of coach
Job King [club]

Memorable sporting achievement
Setting a world record in the T34 100m in 2018, and winning the 2018 BBC Young Sports Personality of the Year award. (athleticsweekly.com, 05 Nov 2019; kareadenegan.com, 16 Dec 2018)
Most influential person in career
British wheelchair racer Hannah Cockroft. (athleticsweekly.com, 05 Nov 2019)
Hero / Idol
British rower Debbie Flood, British wheelchair racers Anne Wafula-Strike and Hannah Cockroft. (paralympic.org, 24 Aug 2019; friargatecoventry.co.uk, 01 Jan 2017)
Sporting philosophy / motto
"It's all about patience and perseverance. The one thing I really learnt in my career is that things don't always go your way instantly so it's important to remain motivated." (Instagram profile, 15 Nov 2019)
Awards and honours
In 2018 she was named the BBC Young Sports Personality of the Year. (bbc.co.uk, 16 Dec 2018)

In 2017 she received a Rising Star in Sport Award at the WeAreTheCity awards ceremony in London, England. (recruitingtimes.org, 14 Jul 2017; risingstars.wearethecity.com, 05 Jul 2017)

She was named the 2015 Young Sportswoman of the Year by Coventry Solihull and Warwickshire [CSW] Sports in England. (coventry-godiva-harriers.org.uk, 13 Nov 2015)

She received a Talented Athletes Award in 2014 from CSW Sports. (kareadenegan.com, 2015)
Milestones
At age 14 she was the youngest athlete in the British Para athletics squad at the 2015 World Championships in Doha, Qatar. (bbc.co.uk, 28 Dec 2015)
Ambitions
To win gold at the 2020 Paralympic Games in Tokyo, and to compete at the 2022 Commonwealth Games in Birmingham, England. (paralympic.org, 24 Aug 2019; birmingham2022.com, 02 Dec 2020)
Other information
RAISING AWARENESS
In 2020 she hosted a series of live broadcasts on Instagram titled 'A Discussion on Race and Disability'. "Sadly, I know from my history studies that police brutality and racism is nothing new or unusual despite an increase in interest this year [2020]. I was angered by the events, but I was also encouraged to see that people wanted to learn about racism and took a stand against injustice. I questioned my place in all of this as a black Paralympian. I felt that there was a lack of awareness being brought to the experiences of black and disabled people. As part of the [live broadcasts], I spoke to two British Paralympians, Kadeena Cox and Anne Wafula Strike. They shared their experiences of racism and their thoughts on current events. We also spoke about the Paralympic movement and our hopes for greater diversity within national teams. Like in every sphere of life, there is work that needs to be done but when I competed at the Rio 2016 Paralympic Games, I saw diversity and I hope that this will increase over time." (paralympic.org, 29 Dec 2020)

EAGER TO COMPETE
She was not able to take part in sport while she was at school because of health and safety reasons. "I'd have to do reading with other students or do slightly different activities. I don't blame anyone. I think it was just down to a lack of understanding. Teachers don't always know how to accommodate people with disabilities. It's an education thing. Not anyone's fault. Over time I think they will understand, especially with Para sport being on television. They will understand more about what people with disabilities can actually do. Thanks to the 2012 Paralympic Games in London it changed the way I saw disability and sport dramatically. It made me realise that elite sport is for all." (Instagram profile, 23 Aug 2019; theguardian.com, 29 Jul 2019; sportsaid.org.uk, 14 Aug 2014)

SPEAKER
She has done speaking engagements at schools and charity events in England regarding her experiences, Para sport and inclusion. "Usually when speaking, I try to be interactive and often speak in a Q&A format as I aim to answer any burning questions on disability that students may have. Through speaking opportunities, I have been able to increase awareness of disability sport in local schools and aim to extend this to more schools in the future." (LinkedIn profile, 08 Feb 2021)

STUDENT ATHLETE
In 2019 she began studying at the University of Warwick in England. "[Combining studies with athletics is] something that I've always done since I started the sport. I've always had school and exams in the background. I haven't known it any other way." (athleticsweekly.com, 05 Nov 2019) 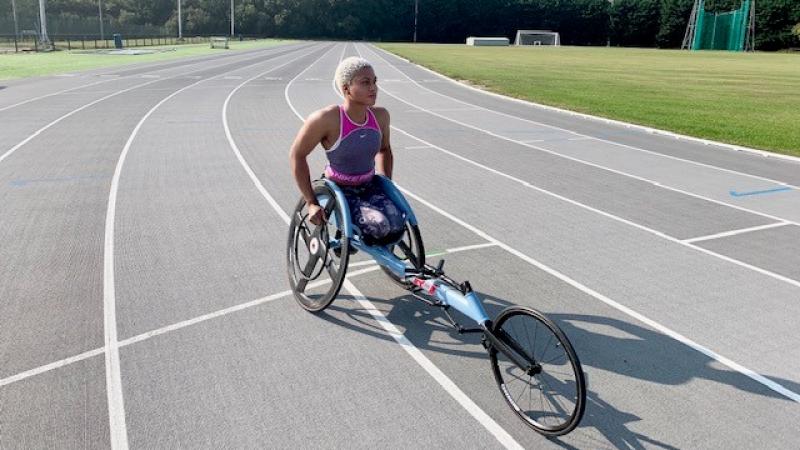 Hear My Voice: A Paralympian’s reflection on 2020