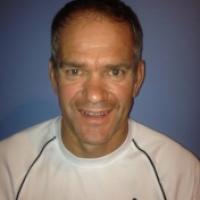 When and where did you begin this sport?
He took up Para triathlon in about 2004.
Why this sport?
"I've done so much wheelchair racing over the years and it's not so much that it's getting boring, but in a sense I felt I needed something else to keep me more motivated, to get the butterflies in the stomach again, and that's what I feel in triathlons."
Club / Team
Dare2tri Paratriathlon Club: Chicago, IL, USA

Hobbies
Surfing. (wired.com, 15 Sep 2016)
Injuries
In October 2011 he was involved in a hit and run while out cycling with his two sons. His bicycle was destroyed and he was knocked into a ditch, suffering facial lacerations and a stiff neck. (examiner.com, 23 Dec 2011)
Sporting philosophy / motto
"Never give up." (examiner.com, 23 Dec 2011)
Awards and honours
He was named Male Para Athlete of the Year at the 2015 Excellence in Sports Performance Yearly [ESPY] Awards in United States of America. (wsbtv.com, 15 Jul 2015)