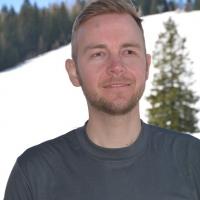 Why this sport?
He enjoyed skiing before he started losing his vision. "When I lost my sight, some of the first thoughts I had were whether it would ever be possible for me to get back to skiing. In fact, I dreamed several times a week that I was skiing."
Club / Team
Skiklubben Hareskov: Denmark
Name of coach
Visti Lindemann [national], DEN

Impairment
He has 7% vision as a result of the effects of Atypical hemolytic uremic syndrome [aHUS], a rare progressive disease. He first noticed grey spots on his eyes while on holiday in Ethiopia in 2011, but doctors were unable to correctly diagnose him for a year-and-a-half. The condition also affected his kidneys and heart, and he was on dialysis three times a week before a kidney transplant in 2012. The kidney used in the transplant was from his mother-in-law. (mortenmolby.mediajungle.dk, 17 Apr 2015)
Other information
OCCUPATION
He works as a business developer at Orsted, an energy company based in Fredericia, Denmark. (LinkedIn profile, 01 Dec 2017)

FURTHER EDUCATION
He has studied for a bachelor of economics degree at the University of Copenhagen in Denmark. He has also completed a master's degree in finance and strategic management at Copenhagen Business School, and received a qualification in business analysis and valuation from the London School of Economics and Political Science in England. In addition, he has spent time as an exchange student at the Indian Institute of Management Calcutta in India. (Facebook profile, 06 Jan 2019; LinkedIn profile, 01 Dec 2017)