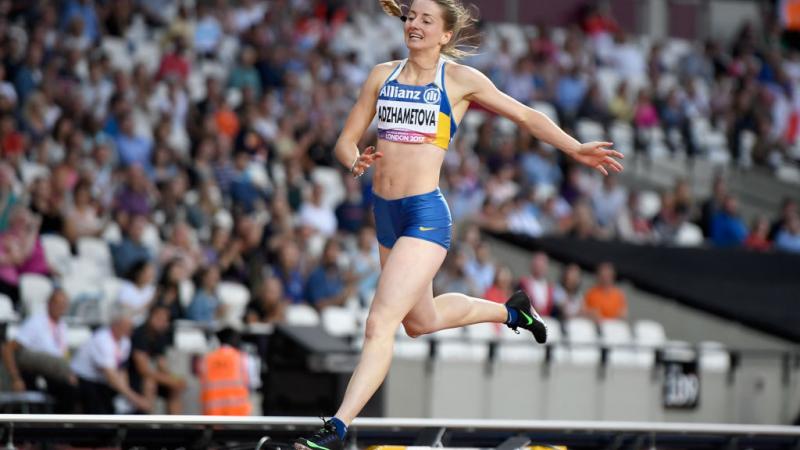 The visually impaired sprinter first made her mark in May 2016 at the Nottwil Grand Prix, beating South Africa’s reigning world champion Isle Hayes on the Swiss track.

Then at the Berlin Grand Prix in Germany a few weeks later, Adzhametova won the sprint double, including a new European record over 200m. So when she arrived in Rio for the 2016 Paralympic Games three months later, there was no doubt gold was a real prospect.

The Ukrainian duly succeeded, setting a new world record of 11.86 in the heats – 0.03 seconds faster than Hayes’ best – before racing to the line in 11.79 seconds to take gold in the final. She also won bronze over 400m.

In 2017 Adzhametova continued to impress, and as Hayes’ track and field career came to an end – the South African retired after London 2017 - Adzhametova underlined her place as the new queen of the track with a hat trick of gold medals at the World Championships. 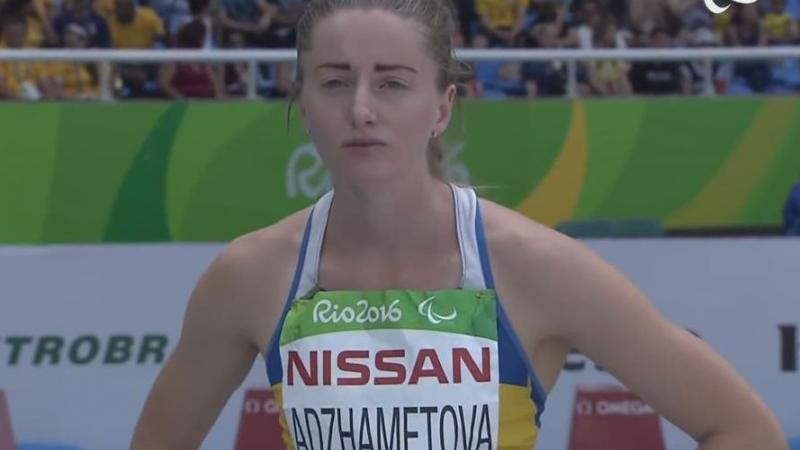 When and where did you begin this sport?
She began Para athletics in 2006 in Alushta, Ukraine.
Why this sport?
"My friends were doing athletics, and so I got interested in this sport and gave it a try."
Club / Team
Invasport: Kharkiv, UKR
Name of coach
Maryna Omelchenko [personal], UKR, from 2012

Hobbies
Cooking, poetry. (Athlete, 20 Mar 2021)
Memorable sporting achievement
Winning gold and setting a world record in the T13 100m at the 2016 Paralympic Games in Rio de Janeiro. (Athlete, 10 Nov 2019)
Most influential person in career
Her late grandmother. "I just want to show good results and dedicate them to my grandma. She inspired me to be the best." (paralympic.org, 31 Jul 2018)
Hero / Idol
US sprinter Allyson Felix. (Athlete, 10 Nov 2019)
Awards and honours
She was named among the top three Para Athletes of the Year in 2020 in the Kharkiv region of Ukraine. (kharkivoda.gov.ua, 30 Dec 2020)

She was named as one of the top three Ukrainian Para Athletes in 2017 by the Ukrainian Sports Academy. (ukrinform.ru, 05 Apr 2018)

In recognition of her achievements at the 2016 Paralympic Games in Rio de Janeiro she received the Order for Merits [third grade] in Ukraine. (president.gov.ua, 04 Oct 2016)

She has received the title of Honoured Master of Sport in Ukraine. (dsmsu.gov.ua, 31 Dec 2020)