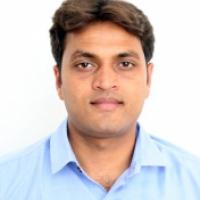 When and where did you begin this sport?
He began swimming at age two in Rathaus Village, India, and took up Para swimming in 2012.
Why this sport?
Doctors encouraged him to take up the sport as part of his rehabilitation at the Paraplegic Rehabilitation Centre in Mumbai, India. "As my mother used to say, 'When one door closes, another opens'. At the rehabilitation centre I met Rajaram Ghag, a differently-abled Indian who had crossed the English channel by swimming solo in 1988. I used to swim as a child and Rajaram Ghag gave me the confidence to take on the challenge of swimming even as a paraplegic person."

Sporting philosophy / motto
"Disability cannot conquer you if you carry hope in your mind. With determination, you can make the impossible possible. Nothing can deter you from following your dreams." (lifebeyondnumbers.com, 21 Aug 2018)
Awards and honours
He received the Khel Samman Award in 2016, 2017 and 2018 from the Ministry of Sports in Bihar State, India. (shamsaalam.com, 13 Dec 2018)
Other sports
Prior to his accident he was a black-belt in karate and competed in international competitions. (shamsaalam.com, 09 Nov 2019)
Ambitions
To compete at the 2020 Paralympic Games in Tokyo. (shamsaalam.com, 09 Nov 2019)
Impairment
In 2010 he was diagnosed with a benign tumour on his spine. The surgery to remove the tumour resulted in paraplegia. "There was a tumour on my spine which had to be operated on. The surgery left me completely paralysed below the chest." (shamsaalam.com, 09 Nov 2019; patnabeats.com, 16 Jul 2018; Dr Bartra's Facebook page, 15 Nov 2019)
Other information
TEXAS TIME
In 2018 he was named the Best Emerging Leader in the World Disability Sports and Sports Diplomacy by the US Department of State, and spent five weeks in Texas, United States of America, as part of their Global Sports Mentoring Program [GSMP]. "I am learning a lot here, like how to be a leader and disability advocate. I'm mainly focusing on how to create awareness in the disability community through sports. There are world-class facilities here and I'm learning how to train independently. I am also a self-motivated leader. However, GSMP has boosted my confidence and charged me to come back with an active plan to make a difference in Mumbai and across India." (shamsaalam.com, 09 Nov 2019 asianage.com, 12 Apr 2018)

OTHER STUDIES
He has studied for a diploma in mechanical engineering at MH Saboo Siddik Polytechnic in Mumbai, India, and in 2015 he began studying for a master's degree in human resources and operations at Sathyabama Institute of Science and Technology in Chennai, India. (Facebook profile, 05 Dec 2019; asianage.com, 12 Apr 2018)

LIMCA RECORD
In 2017 set a world record for the longest open water swim by a person with paraplegia. He swam eight kilometres in four hours and four minutes in the sea off the coast of Goa, India. The record was recognised by the Limca Book of Records in India. "I expected to complete the distance in two or two-and-half hours, but I had to swim against a very strong tide for a larger part of the course. I want to prove that it is possible for persons with disabilities and spinal cord injuries to push themselves beyond their limits." (shamsaalam.com, 09 Nov 2019; patnabeats.com, 16 Jul 2018; swimindia.in, 01 May 2017)

EARLY DAYS
He began swimming at age two in a pond near his home in Rathaus Village, India. "I used to swim in the pond in front of my house in my village and people would stand on the edge of the pond to watch me. They would applaud for me and each time I heard them clap, it motivated me further. Many people were awestruck watching a little child cross the pond so passionately. This pond still exists in my village. I swam for fun and never thought that one day this very skill would help me to prove myself and make my country proud internationally." (shamsaalam.com, 09 Nov 2019)