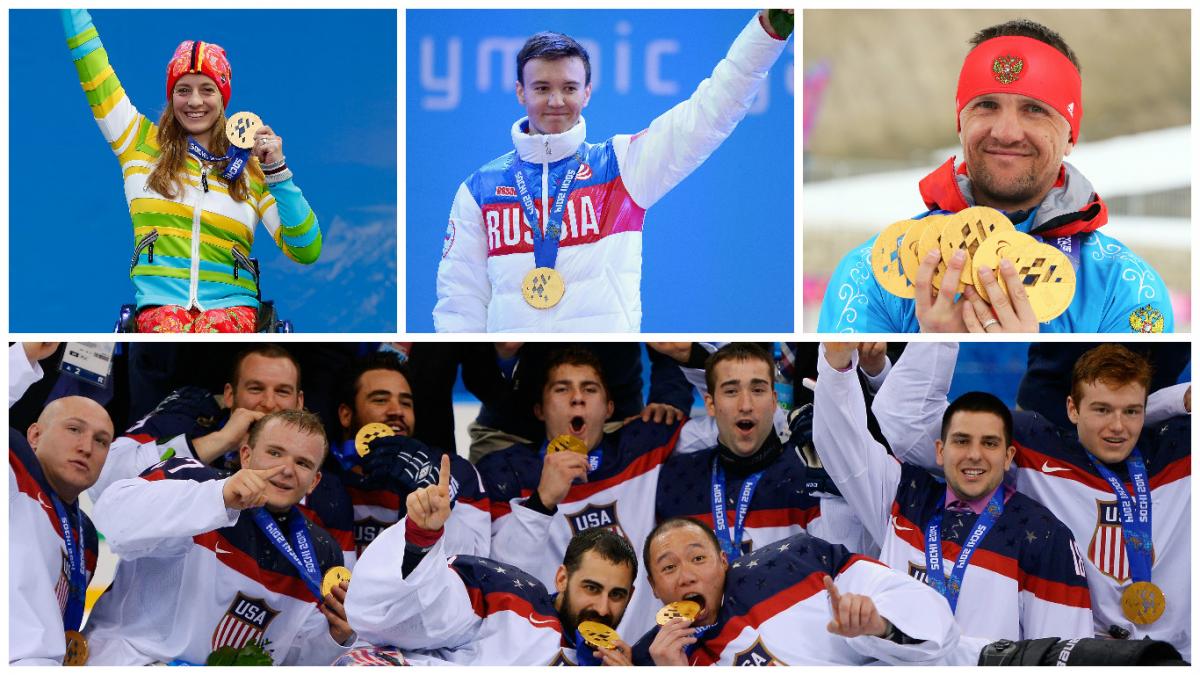 The International Paralympic Committee (IPC) announced the winners of the 2015 Paralympic Sport and Media Awards, at a glittering awards ceremony in Mexico City, on Saturday (14 November) evening.

Organised to coincide with the IPC General Assembly in the city, the awards - which are proudly partnered by Allianz - recognised achievements at the Sochi 2014 Paralympic Winter Games.

Germany’s Anna Schaffelhuber won Best Female after she became only the second female athlete at a Paralympic Winter Games to win gold in all five alpine skiing events.

“After the last Games in Vancouver 2010, when Verena Bentele won this award, I thought, ‘One time, it would be great to win the award by myself.’ And this time, it's really me. Amazing,” said the 21-year-old.

“It's a great honour and pleasure for me,” Schaffelhuber added. “But it's also a motivation for other people and of course for me for the future too.”

“I was pleasantly surprised to learn I had been nominated to receive such an important award,” Petushkov said. “It is gratifying to see that all your efforts and years of hard work do not go unnoticed and are recognised by the Paralympic Movement and society in general.

“I want to add that this award recognises not only my own efforts but also the commitment and hard work of all of the Russian team – from the National Paralympic Committee of Russia to the coaches, support staff and doctors.”

Petushkov’s compatriot Alexey Bugaev made a huge impact in his first Games, earning him the Best Debut award. At 16 years old, Bugaev won a medal in all five alpine skiing standing events: gold in the super combined and slalom events, silver in the downhill and giant slalom and bronze in the super-G.

“This means a lot to me,” Bugaev said. “I am happy to share this pride with my country and the people who have been supporting me in all my endeavours, and sharing my most daring aspirations.”

The USA became the first ice sledge hockey team to win back-to-back Paralympic titles in Sochi, and thus won the Best Team award. Their gold-medal win against hosts Russia reached a historic audience for the Paralympic Movement with live coverage on NBC, as well as the PBS documentary Ice Warriors, which charted the sport’s impact on the Paralympic Movement.

“All the behind-the-scenes hard work certainly paid off,” said Dan Brennan, general manager of the US Paralympic Sledge Hockey Team. “It also shows them what amazing things can be accomplished when you work together and for each other.

“The award is an incredible accomplishment that allows all the great people who are involved from USA Hockey, from the team itself all the way down to the incredible volunteer coaches, to celebrate.”

The BP Courage Award was won by Bibian Mentel-Spee in recognition of her efforts to get snowboard into the Paralympic programme. After successfully campaigning to get the sport into Sochi 2014, the Dutch athlete won Paralympic gold to cap a memorable season that also saw her win seven World Cup events.

The Best Official award went to Switzerland’s Hans Peter Neeser who served as the IPC Race Director for cross country skiing and biathlon during Sochi 2014. He was instrumental in pioneering and developing a close working relationship with broadcast – work that began in Vancouver 2010 – that led to unprecedented close co-operation and co-ordination of schedule and venue planning.

Ben Shpigel of the New York Times won the Best Written media award. Shpigel shed light on the challenges US athletes face, while at the same time telling their story in a way that conveyed their hard work, camaraderie and passion. His first piece focused on visually impaired skiing, showing how athletes team up with their guides while racing down a steep mountain together. Another article featured real-life accounts of US military service members and veterans who competed for Team USA, showing how they got into sport and the impact it had on their lives.

For the second successive occasion, Channel 4 won the Best Broadcast award. The British broadcaster produced regular features on winter athletes in the build-up to Sochi 2014. Their Games-time coverage included over 150 hours on TV and online, of which over 70 hours were live on Channel 4 and More 4.

Ronny Blaschke of German-based Deutsche Welle, Deutschlandradio won the Best Radio award. Having compiled and researched information on the Paralympic Movement since 2010, Blaschke produced in-depth and enterprising reports. This included the impact Sochi 2014 had on Russian people with an impairment.

At the end of the evening, IPC President Sir Philip Craven presented the Paralympic Order to three people in recognition of their outstanding contribution to the Paralympic Movement. The three people were Sylvana Mestre, Georgios Fountoulakis and Dr. Axel Bolsinger.