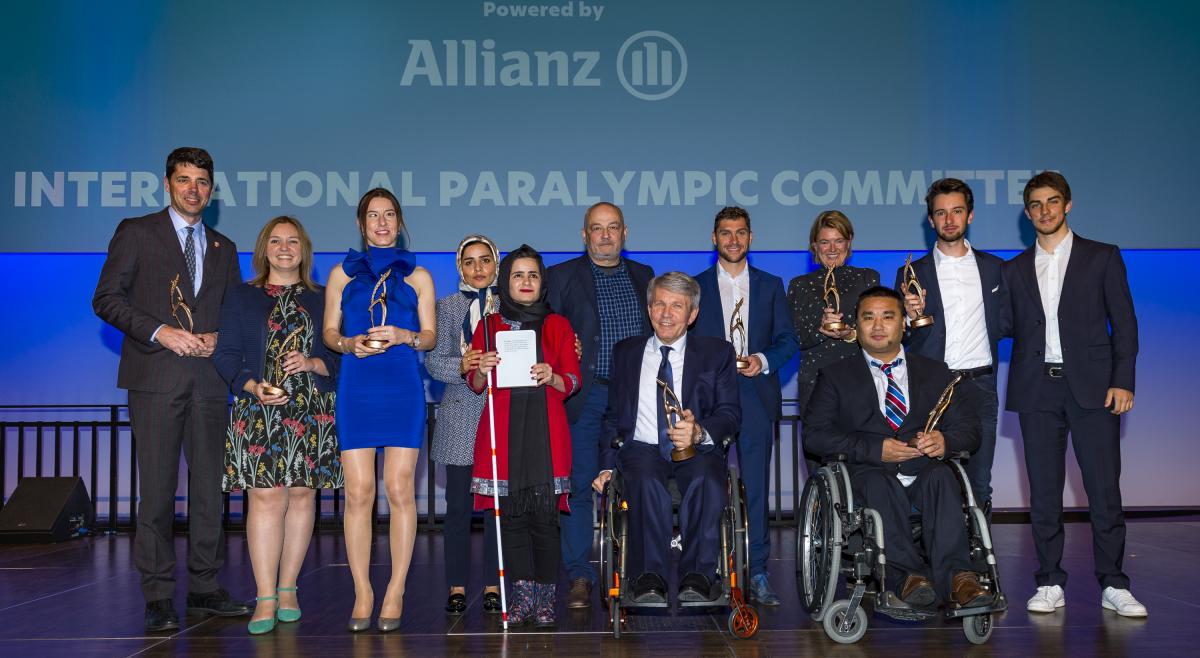 Slovakia’s Henrieta Farkasova and France’s Benjamin Daviet were the big winners on Friday (25 October) when the recipients of the 2019 Paralympic Sport and Media Awards were announced in Bonn, Germany.

After winning four gold medals and one silver in PyeongChang together with guide Natalia Subrtova, Farkasova added the Best Female award to the Laureus Award she picked up earlier this year.  The vision impaired skier finished the 2018 Paralympic Winter Games as the most decorated athlete and helped her country top the alpine skiing medals table.

Farkasova said: “Every person longs for recognition, and I, as an athlete, am very pleased that my sporting achievements are morally rewarded. This award reflects how successful the Paralympic season was for me.

“I attribute success to the fact that I love skiing, and I still work on myself.  I think that I am mentally strong enough as I have always managed to return to the top after many injuries.” 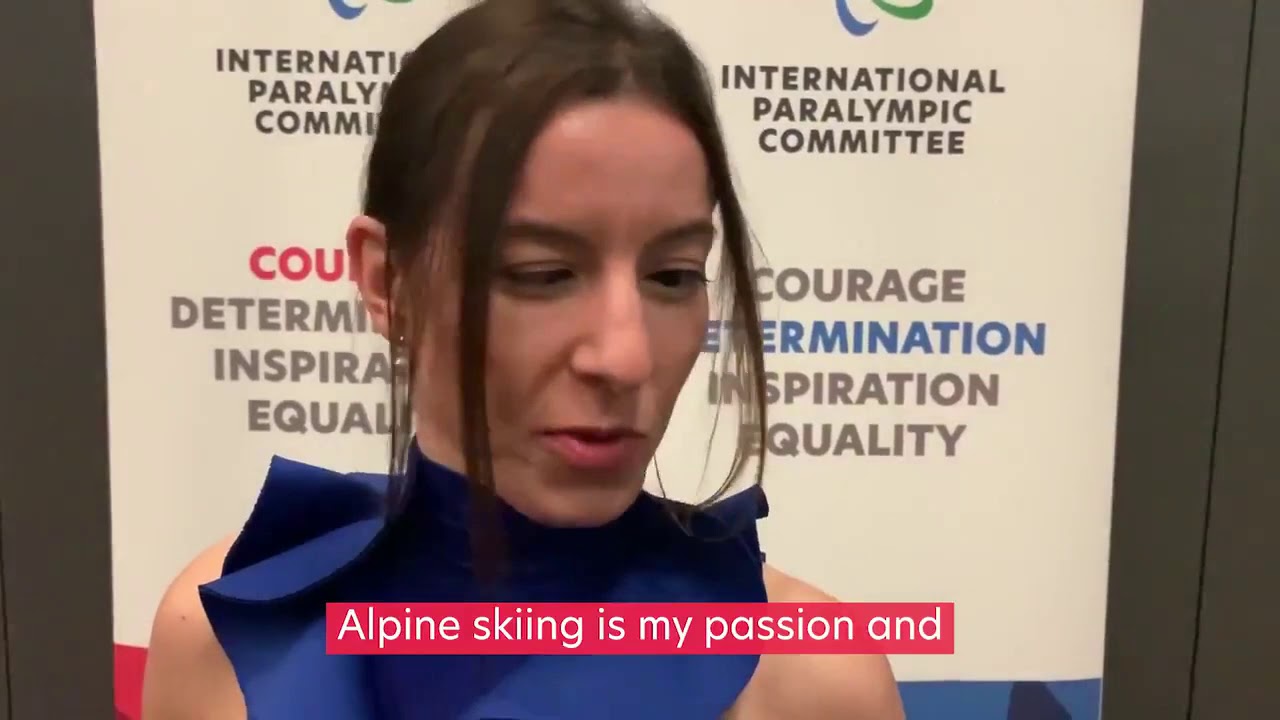 “I never thought I would be voted Best Male athlete of the year and when I heard the news I was very happy and proud to see that all the work and effort put into it was rewarded,” he said. “I am really happy and touched for this wonderful reward.

“Biathlon and cross-country skiing really mean everything to me. After my partner and my family, of course. It is part of my daily life. It is a very complete sport physically and so beautiful to see and practice.” 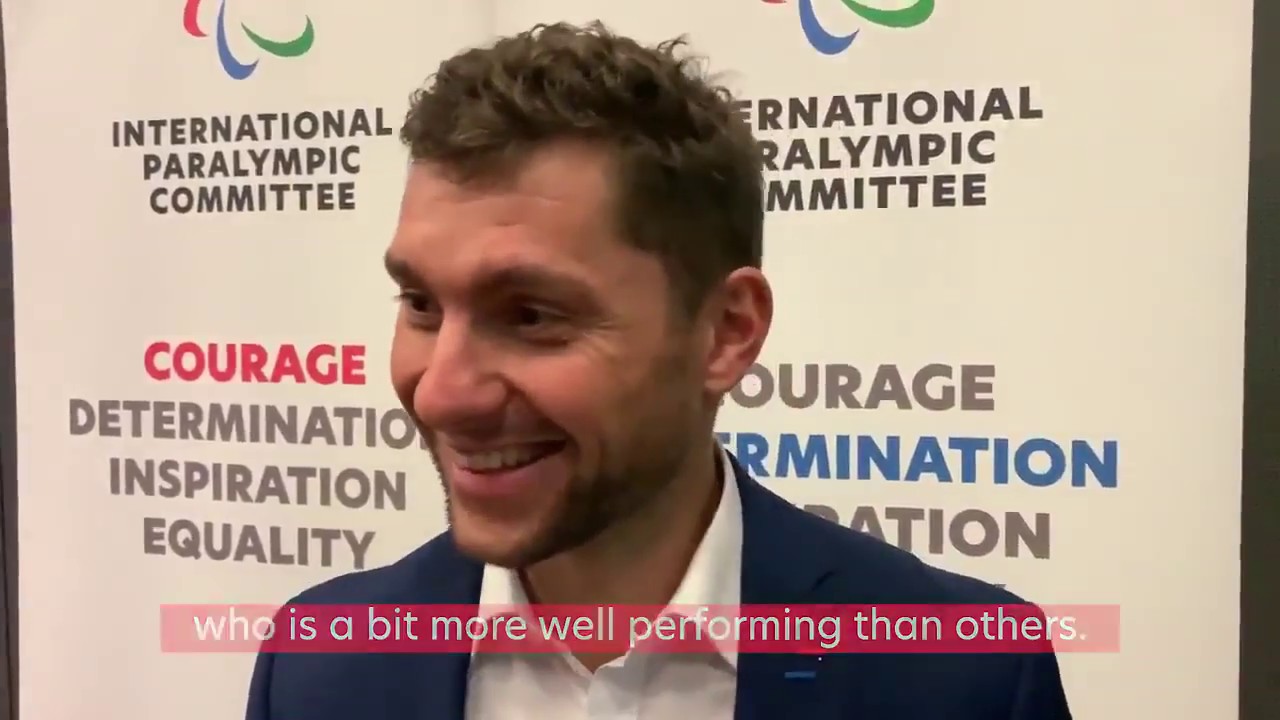 China’s wheelchair curling team picked up Best Team after the side made history by winning their country’s first Paralympic Winter Games title with a thrilling 6-5 final victory over Norway.  On the way to gold, the Beijing 2022 hosts defeated defending champions Canada in the semi-finals.

Skip Haitao Wang was on hand to collect the award on behalf of his team:

“On behalf of the Chinese wheelchair curling team, I am very excited and honoured that I am in Bonn to receive the award. I thank my national Paralympic committee for their trust in me. I will return home to share the joy with my teammates and coaches.

“I think what makes our team special is our coach. He is extremely careful and patient instructing us during training and competitions. Additionally, our entire team treat each other like brothers and sisters. 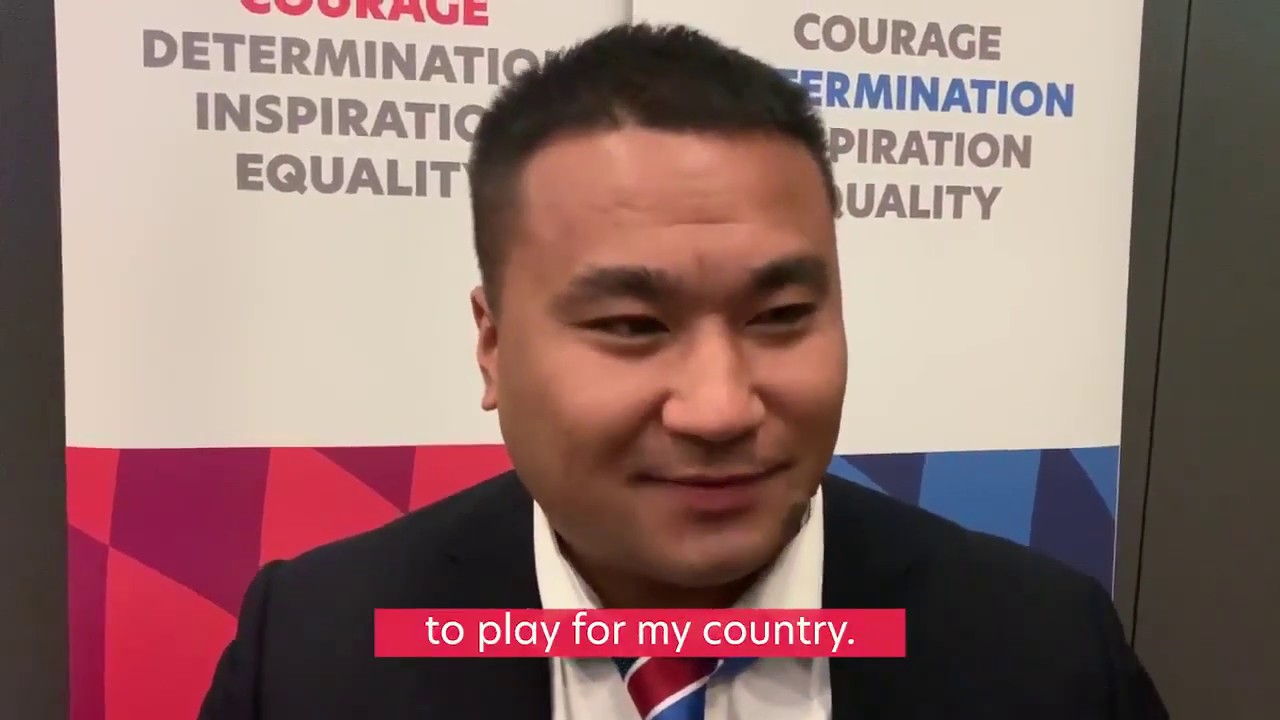 The Best Debut award went to Italy’s Giacomo Bertagnolli who, together with guide Fabrizio Casal, won four medals in PyeongChang.  The pair won slalom and giant slalom gold, silver in super G and bronze in downhill to help Italy to a best finish in the medals table for 12 years.

Giacomo said: “This award means a lot to me because during these past years I’ve worked very hard and I improved myself and my skiing, and I achieved my goals. As every year, I can’t wait for the new season. Thank you everyone, and see you soon on the slopes!” 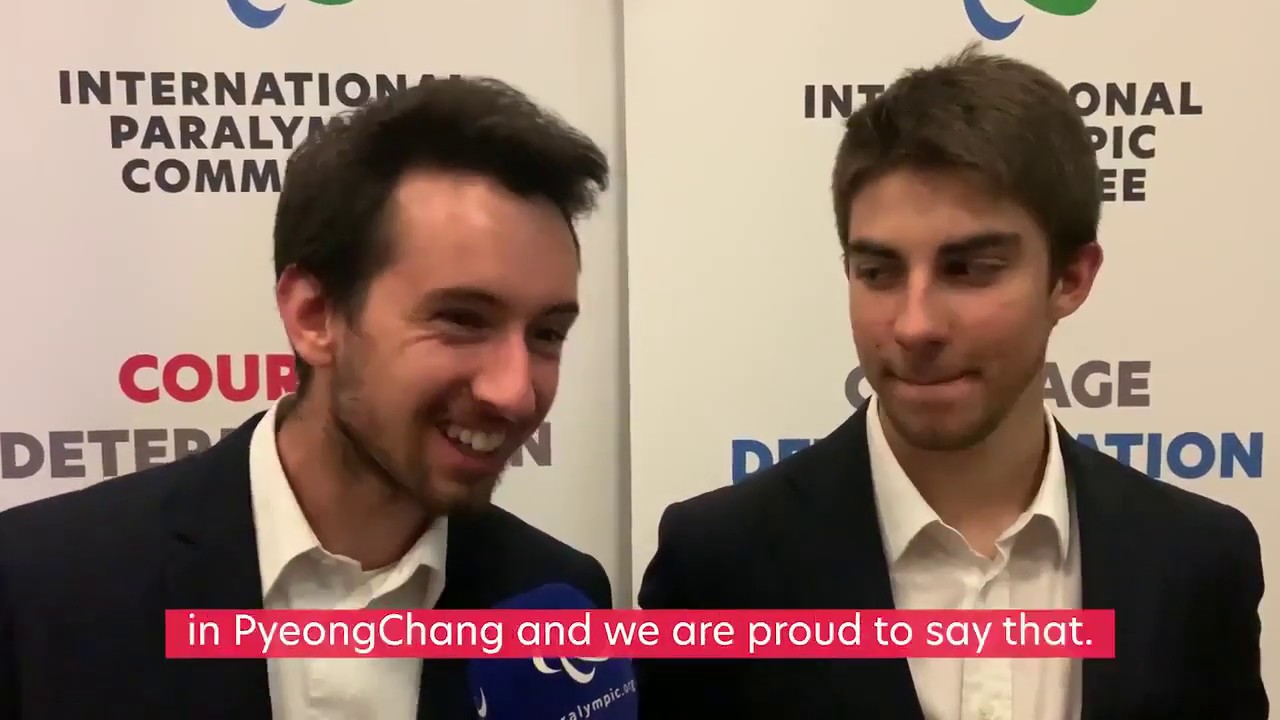 Nordic skiing’s Len Apendaile received the Best Official accolade.  Following the Sochi 2014 Games, the Canadian worked tirelessly with the PyeongChang 2018 Organising Committee to educate them on best practices.  During the Games he acted as race director for both biathlon and cross-country skiing and liaised closely with his Olympic counterparts.

“It's great that the IPC recognises the work of its officials, the third leg of the sport stool after coaches and athletes,” Apendaile said. “I accept this on behalf of all my fellow World Para Nordic Officials who dedicate weeks of their time and energy each year to supporting the sport.

“Officials are key to the success of sports, especially smaller, highly technical sports like Para Nordic skiing. They work closely with organisers who are often delivering events for the first time and are unfamiliar with the sport, and so they play a key role in ensuring that the field of play and the delivery of the event are to the highest standards, fair, and meet the needs and expectations of the athletes, teams and the international federation.” 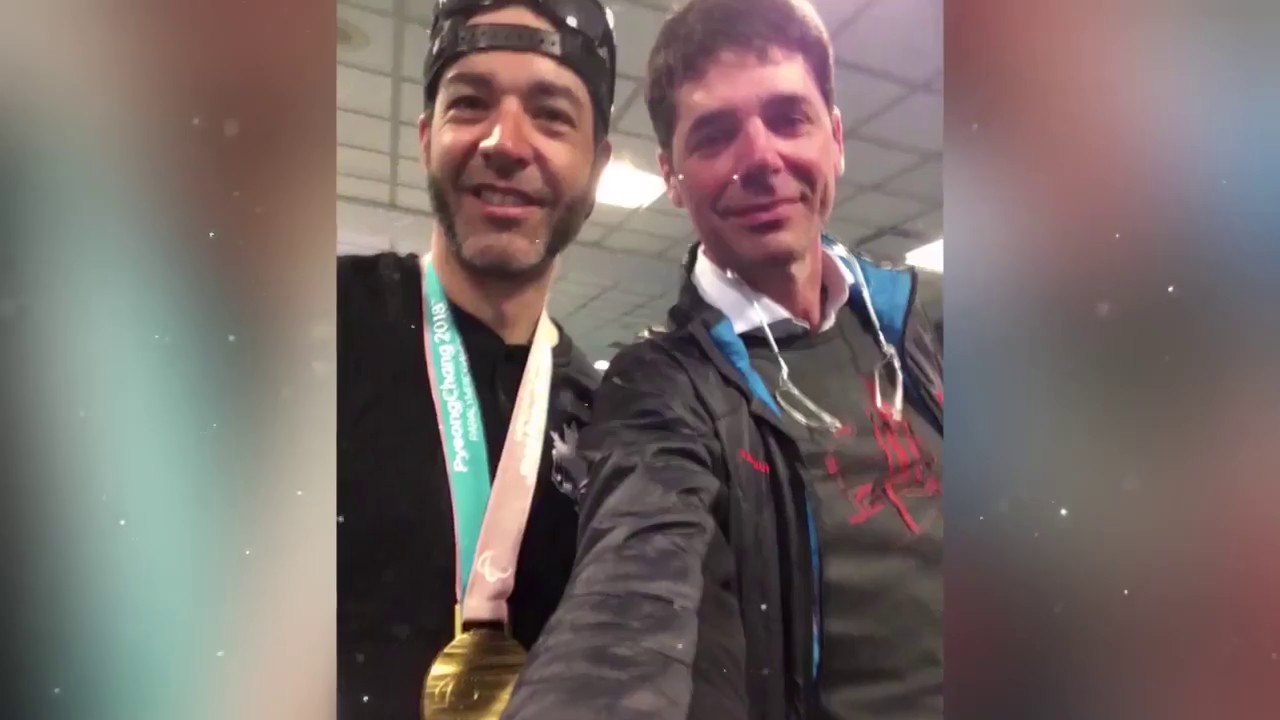 Eike Bürgel, Global Head of Olympic and Paralympic Programme, said: “Allianz is a proud partner of the International Paralympic Committee and it’s a privilege to recognise these great personalities.

“Para athletes are at the heart of the Movement and their outstanding achievements deserve the highest recognition.”

The BP Courage Award was presented to cross-country skier Elaheh Gholi Fallah after she became the first Iranian female to qualify for a Paralympic Winter Games. Fallah, who lost her eyesight aged five due to a brain tumour, finished 11th in the cross-country sprint in PyeongChang.  In Iran she acts as a mentor encouraging others to take up winter sports.

“It is so exciting to win this award among millions of athletes with impairment all around the world,” Fallah said. “It makes me more committed to Paralympic Movement and to the people with impairment in the world, specifically Iranian women, to help them participate in the social events and contribute to their inclusion.” 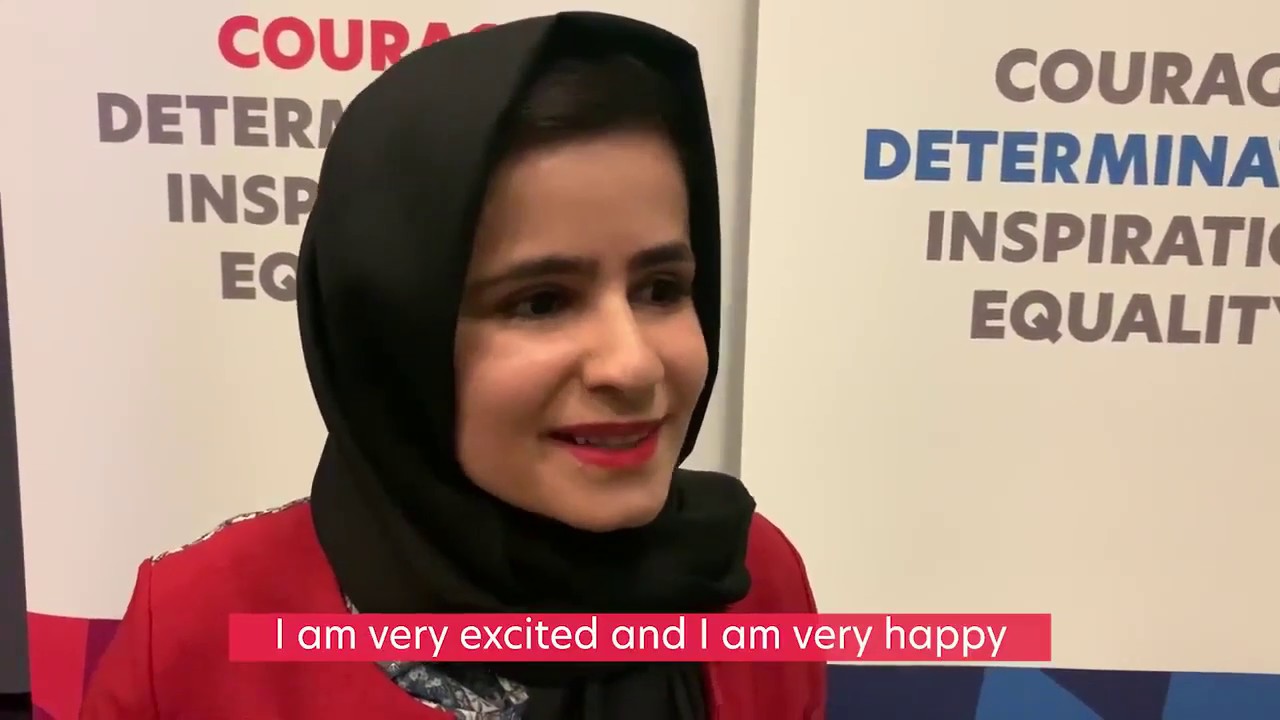 Duncan Blake, BP’s Head of Brand, said: “Elaheh’s achievements are remarkable, and this award is testament to the courage she has shown not just as a sportsperson, but also as a mentor to the next generation. Elaheh is a truly worthy recipient of the BP Courage Award.”

The Paralympic Media Awards supported by Allianz all went to European winners.

Best Broadcast went to the National Paralympic Committee (NPC) of Ukraine for their efforts in securing widespread national coverage of PyeongChang 2018. More than 600 hours of coverage was broadcast across the country with the NPC signing up 60 regional television and radio channels to cover the Games. 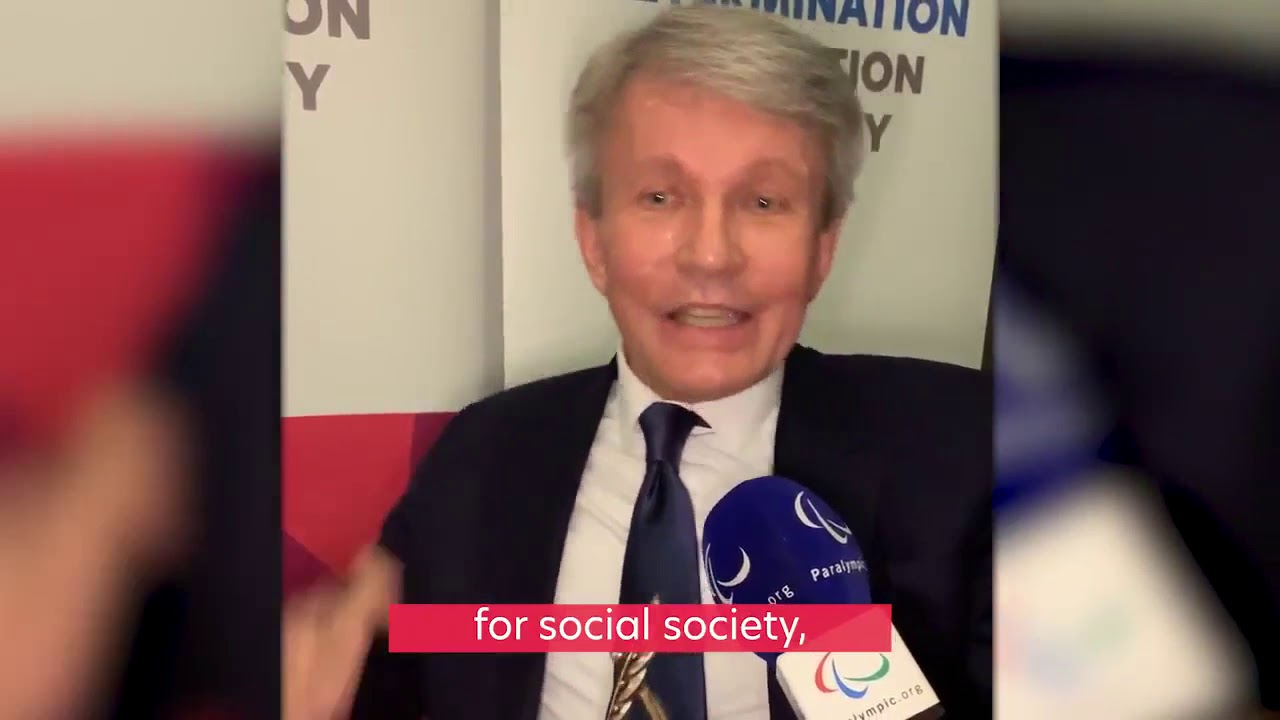 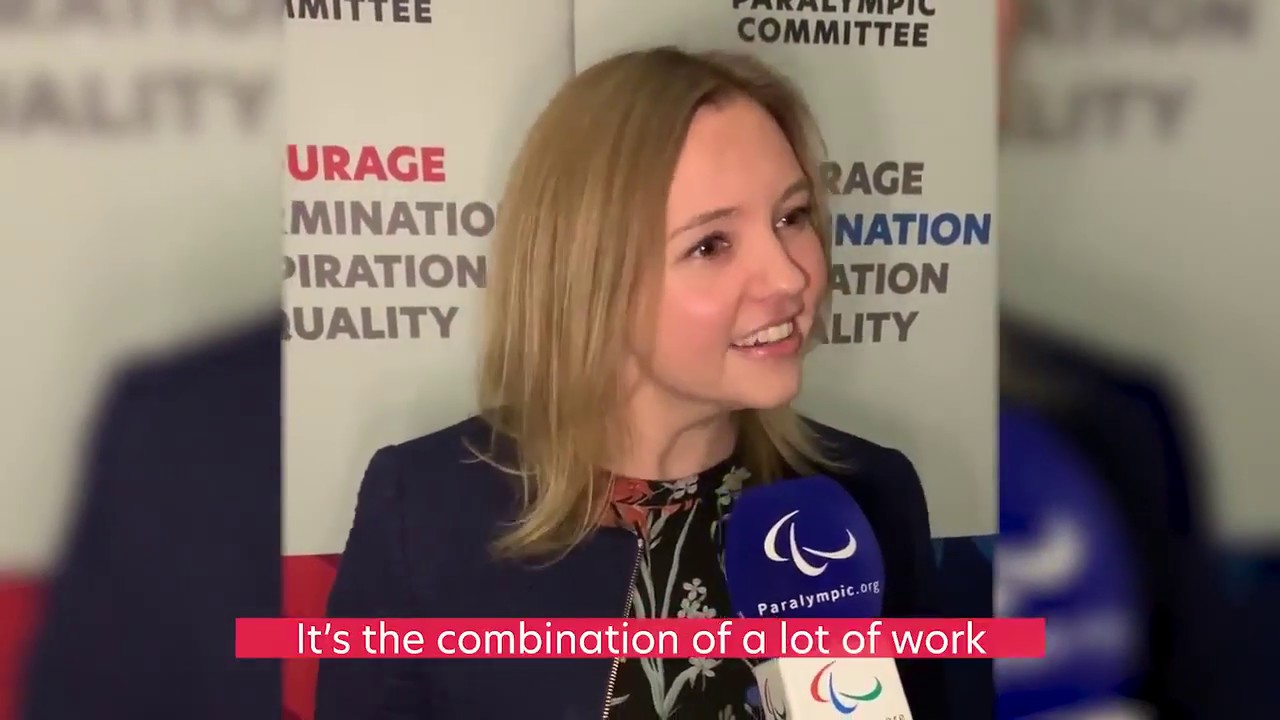 The Best Photography award went to Mathilde Dusol of NPC Netherlands for her spectacular shot of the first ever Dutch Paralympic alpine skiing champion Jeroen Kampschreur. 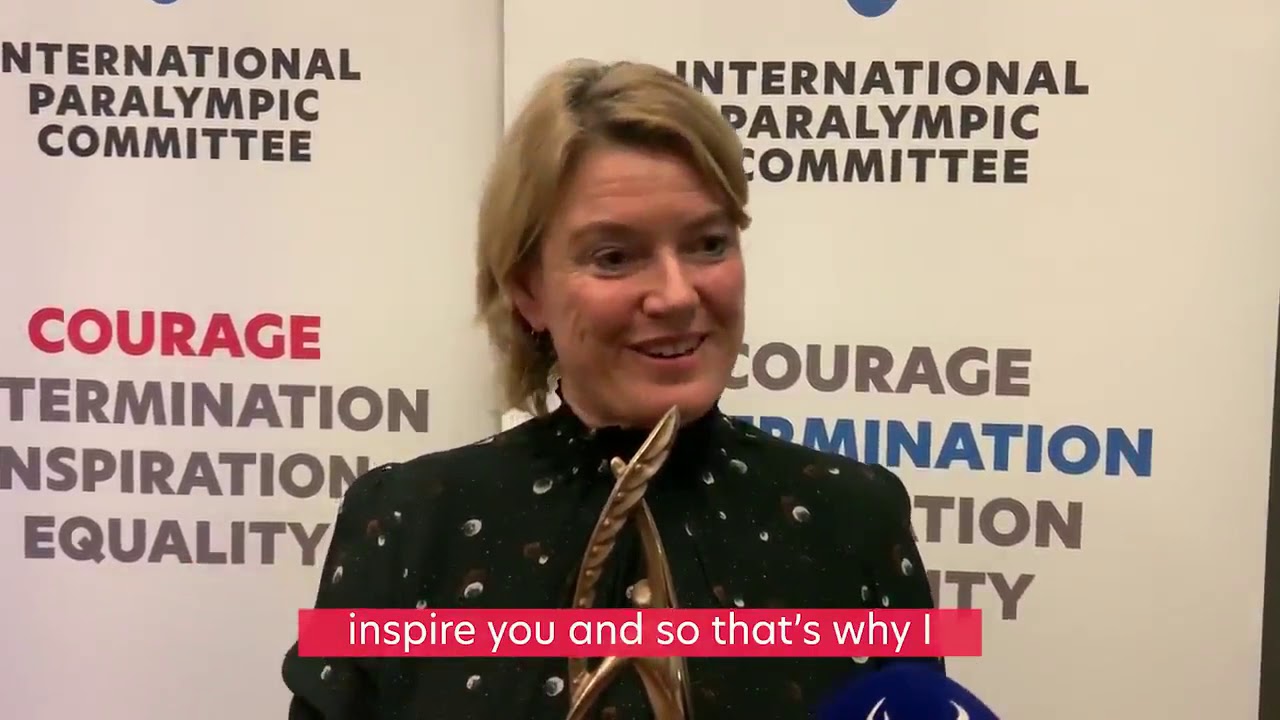