In recognition of its efforts to develop Para sports in Latin America, the development arm of the International Paralympic Committee was honoured. 06 Dec 2016
Imagen 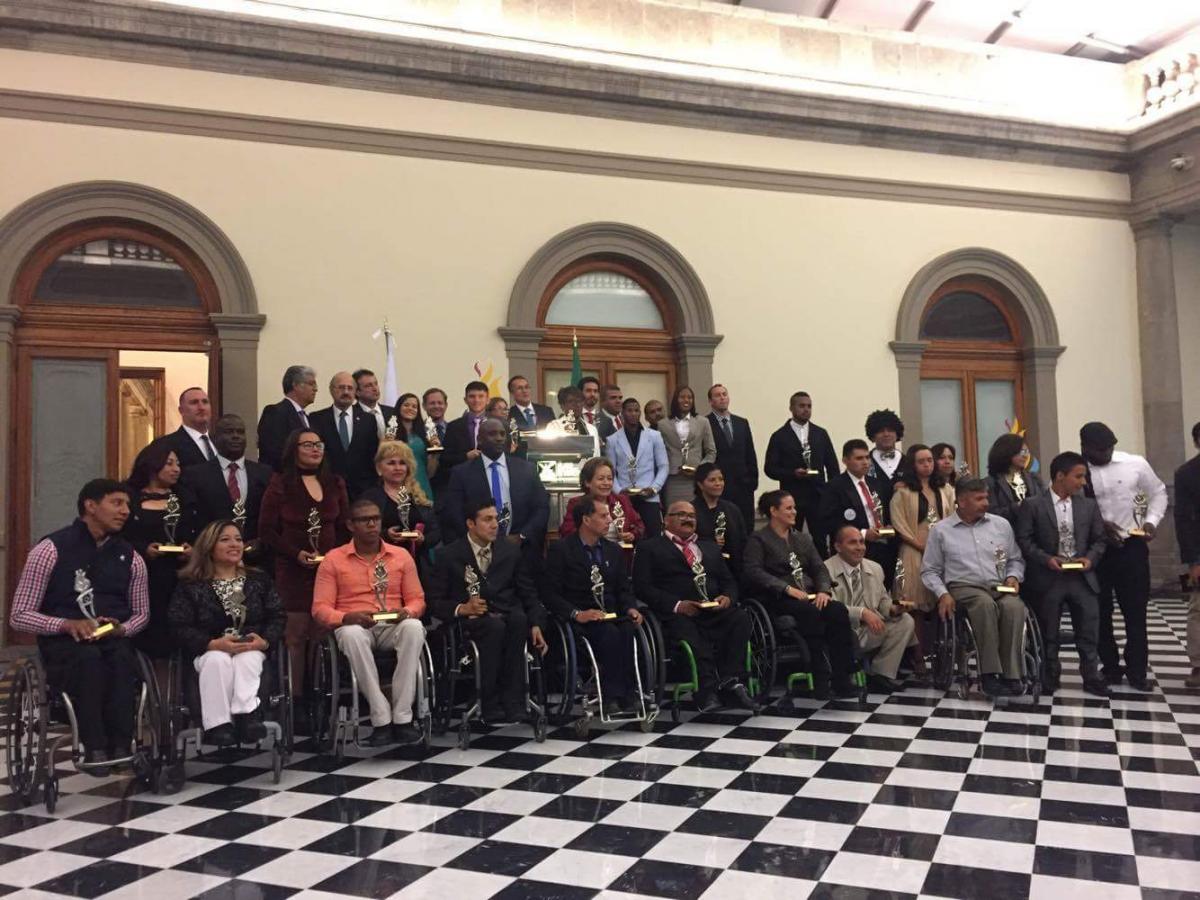 The Agitos Foundation was honoured with the 2016 Latin American Vivir sin Limites award from the Mexican National Commission of Physical Culture and Sport (CONADE) and the Unidos por la Capacidad Foundation.

The Agitos Foundation was honoured with the 2016 Latin American Vivir sin Limites award from the Mexican National Commission of Physical Culture and Sport (CONADE) and the Unidos por la Capacidad Foundation at a ceremony in Mexico City on 2 December, in recognition of its efforts to develop Para sports in Latin America.

Over 300 coaches, classifiers, managers and athletes were identified and trained, including eight different Latin American Para athletes whose remarkable stories were told in a series of videos launched in July to publicise their journey to the Games.

“The Agitos Foundation has been working very hard to raise awareness of Para sports in Latin America and we felt that needed to be recognised,” said Unidos por la Capacidad Foundation President Luis Cordova.

“I was in Cuba attending one of the workshops and could witness the impact the Agitos Foundation has on many people from many different countries, changing their lives.

“Without an organisation like the Agitos Foundation, it would be very hard to achieve this huge development, as it could be seen at Rio 2016. Latin America is greatly supported by it.”

Jose Cabo, the manager of the Road to Rio 2016: Agitos Foundation Sessions, received the award. He said: “The Agitos Foundation is hugely honoured to be recognised by CONADE and the Unidos por la Capacidad Foundation in this way. But we are even more delighted to have left a lasting legacy across the Americas with the help of Rio 2016 and the Brazilian National Paralympic Committee.

“The video series raised public awareness of some of the region’s best athletes, with extracts shown on national television in more than 10 countries in Latin America. We are continuing to partner with Organising Committees to ensure the growth of Para sport around the world.”

The National Paralympic Committees of Brazil, Cuba, Mexico and Colombia were also recognised at the ceremony due to their outstanding performances at September’s Paralympic Games.

The host nation claimed 14 golds, 29 silvers and 29 bronzes to finish eighth in the medals table. Cuba was the second most decorated Latin American country with 15 medals overall, including eight golds, followed by Mexico (15 with four golds).

Colombia rounded off their best Paralympic performance ever in Rio, winning 15 more medals than four years ago in London, Great Britain, and sealing a Paralympic title again after 36 years.