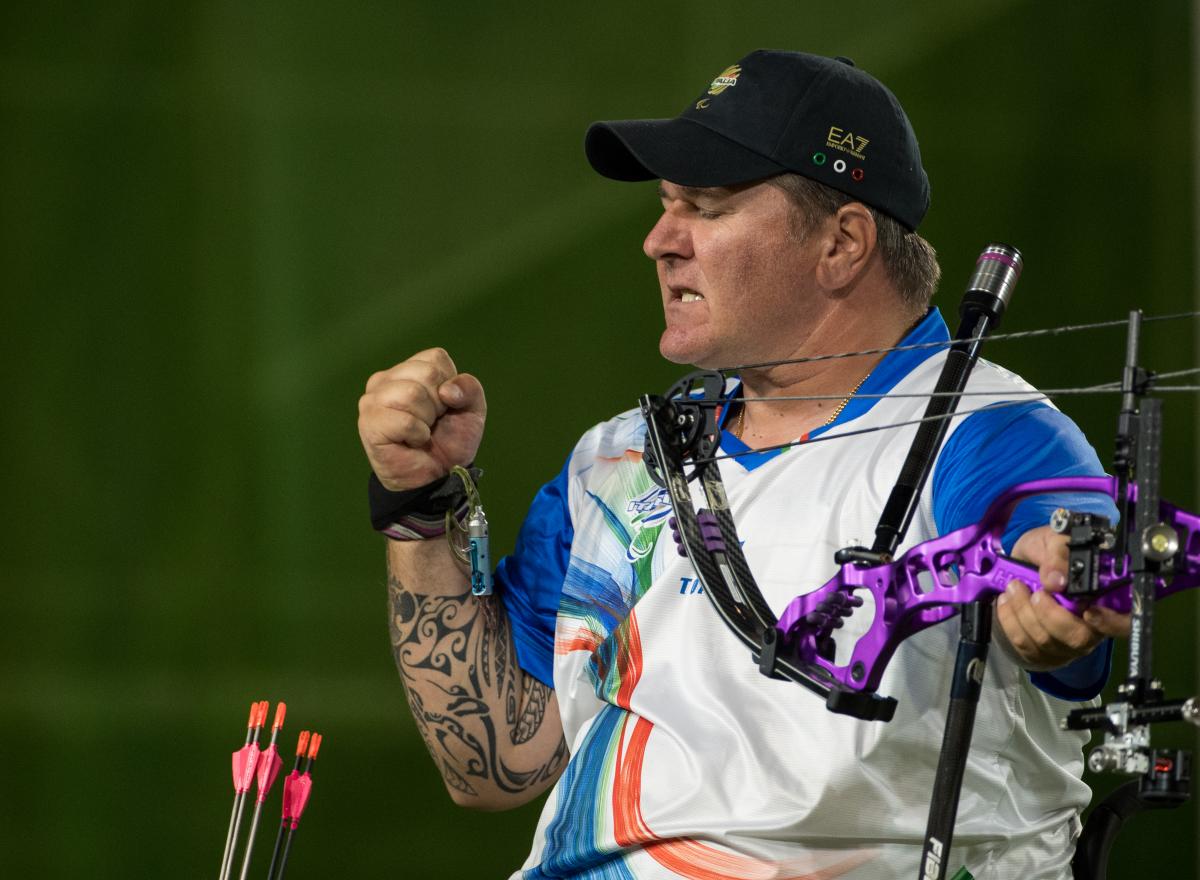 ⒸOIS
By IPC and World Archery

The Italian Paralympic and Worlds medallist shot a new Para archery world record at the Nimes Archery Tournament held from 18-20 January in France. The tournament is the fourth stage of the 2019 Indoor Archery World Series, and Simonelli shot 594 out of a possible 600 points for the 60-arrow 18-metre ranking round. He had held the record at 590 points since February 2018.

“This record is repayment for a bit of a bad period,” Simonelli said. “I’ve spent three months between home and hospital because of phlebitis in my leg and blood infection.

“After a long period without training, I shot 590 at two different events in Italy. I’m not at my best yet but after the first half [in Nimes], I said to myself, ‘I’m still able to shoot.’”

The record score qualified him 19th in Nimes, where the compound men’s top-32 cut hit 590 points for the first time in the event’s 21-year history.

He was subsequently eliminated by David Houser, 148-144, in the first round.

Simonelli is a three-time Paralympian. He won silver medals in the compound open events at the Beijing 2008 and the Rio 2016 Paralympic Games.

The 51-year-old competed at the both the Para and able-bodied World Championships in 2017, and has been a member of Italy’s Hyundai Archery World Cup squad for the past two seasons.

The 2019 World Archery Para Championships will take place from 3-9 June and is the first event where athletes can earn qualification slots toward the Tokyo 2020 Paralympic Games. 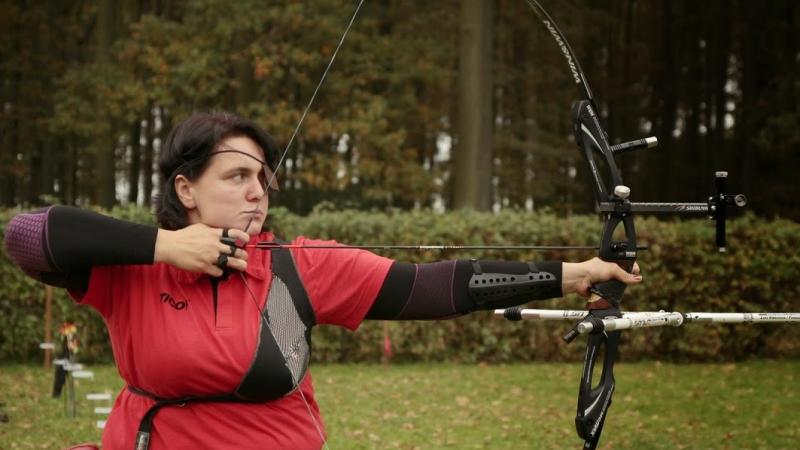 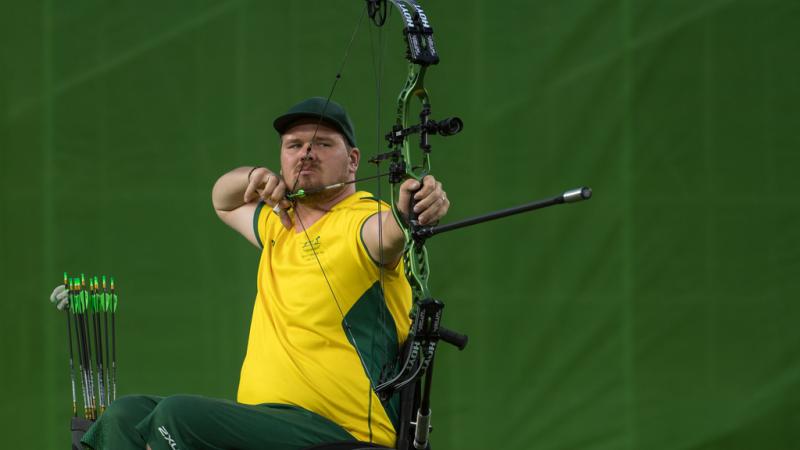